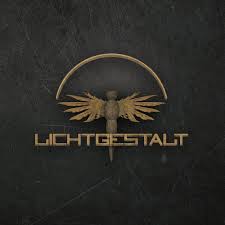 Content: Lichtgestalt seems to be one of the new promising German bands active in their homeland. After having released a rather successful EP (cf. “Entfessele Den Sturm”) they now are back on track unleashing their official debut album.

They take off with the title song of the previously released EP, which is not my favorite cut, but which reveals this typical German and ‘Rammstein’-like metal music. It maybe is a bit easy to compare German bands dealing with metal music to Rammstein, but it for sure remains a reference in the genre. Lichtgestalt are not copying, they just share similar influences of metal music achieved by electronic arrangements. “Tiefenrausch” is an interesting and cool song in the genre. The harder tracks of this work definitely are the best ones. “Der Kalte Mann” is a next noticeable song. It sounds rough while carried by a well-crafted chorus. “Energie” sounds pretty similar while confirming the creative outlet of this combo. I also like the epic flavor hanging over this song while the vocals might have been produced in a harder way here.

“Gott Aus Gold” is not exactly what I should call the most representative song of this work although it’s a damn great cut mixing guitar parts reminding me of Depeche Mode with a harder metal element. The vocals now feature delicious female backings adding a sweet touch to this cut. A few other songs reveal some harder and industrial ingredients. Lichtgestalt clearly didn’t spare any effort to inject diversity to their work while the typical German metal basis remains the main influence running through this production.

Conclusion: I totally understand the growing success of this band in their homeland. A tour has been announced through Germany and I can imagine this is the kind of band to reveal explosive energy on stage. “Motorenherz” is a successful debut full length.