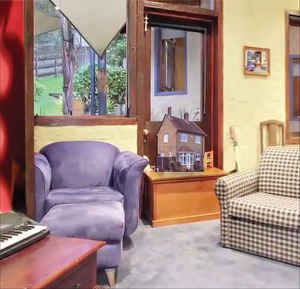 Background/Info: Lee someone is a producer and multi-instrumentalist. I never heard of this musician before. “Best Seat In The Dream” rather appears to be a mini album instead of real full length. The work was self-produced. He got the help of ex-Cockney Rebel keyboardist Milton Reame-James.

Content: It’s not that easy to define and catch the sound of Simeone. It takes off as an offspring between new-wave and soundtrack music. The next cut moves into dream-pop, but quite progressively we’re getting back to cinematographic sound creation. Lee Simeone plays different instruments and has found the right balance between electronics and guitar. Some cuts are a tiny bit into melancholia. The main part of the work is pretty evasive-like.

+ + + : It’s hard to define the sound of this artist, but globally speaking it rather sounds like it is composed for an imaginary movie. It’s a bit enigmatic, which is an element also reflected in the vocals production. The timbre of voice is somewhat androgenic-like injecting a part of mystery to the work. I like the atypical format, which sounds sweet and a bit summer-like.

– – – : It’s not always an advantage when it’s hard to label an artist’s music. Song-wise it all sounds like easy listening music, but without a real climax.

Conclusion: “Best Seat In The Dream” is hard to catch although easy to listen to, but it couldn’t totally convince me.