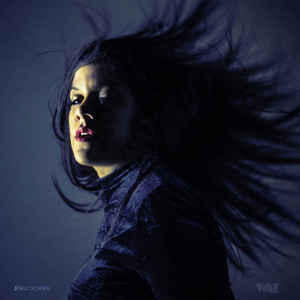 Background/Info: Jen Gloeckner is an American artist whose name maybe doesn’t say that much although she had real good company to release this new album. While Jen is playing most of the instruments (electronics, guitar, bass ao) and singing she also got a helping hand from John Ashton (Psychedelic Furs), Henry Padovani (original guitarist and founding member of The Police) and Angela Mattson (In The Valley Below). “Vine” is the third full length of Jen Gloeckner, but the first one since 2009 although she also got involved in projects with other artists.

Content: It’s not that easy to precisely catch the sound of this artist, but her work clearly reminds me of Lana Del Rey. There’s a similar sensibility mixing a sound moving in between a kind of dream-pop and soundtrack music. Electronics and guitar are in perfect balance while a few guitar passages sound pretty psychedelic-like.

Most of the songs are quite evasive and driven by slow rhythms, but “Vine” also reveals a few more danceable cuts. On top of the music you’ll hear the sensual timbre of voice of Jen Gloeckner.

+ + + : “Vine” sounds sweet and sensual-like, but I especially like the global production, which is not stereotypical. Jen Gloeckner is an artist with a very own sound DNA, which is accessible for a wider audience. The songs are well-crafted and the production of the vocals clearly is one of the main strengths of “Vine”. I have a little preference for the psychedelic guitar passage running through “Breathe”, the more danceable-like “Prayers” and “Row With Flow”, which simply is a pure and beautiful song. Last, but not least I also have to say a word about the artistic digipak.

– – – : The sound formula is not that new, but efficient although somewhat repetitive after a while. A few cuts are maybe a bit too sugar-sweet for my taste.

Conclusion: If you don’t know yet Jen Gloeckner, this album will give you the opportunity to discover a talented and creative artist.