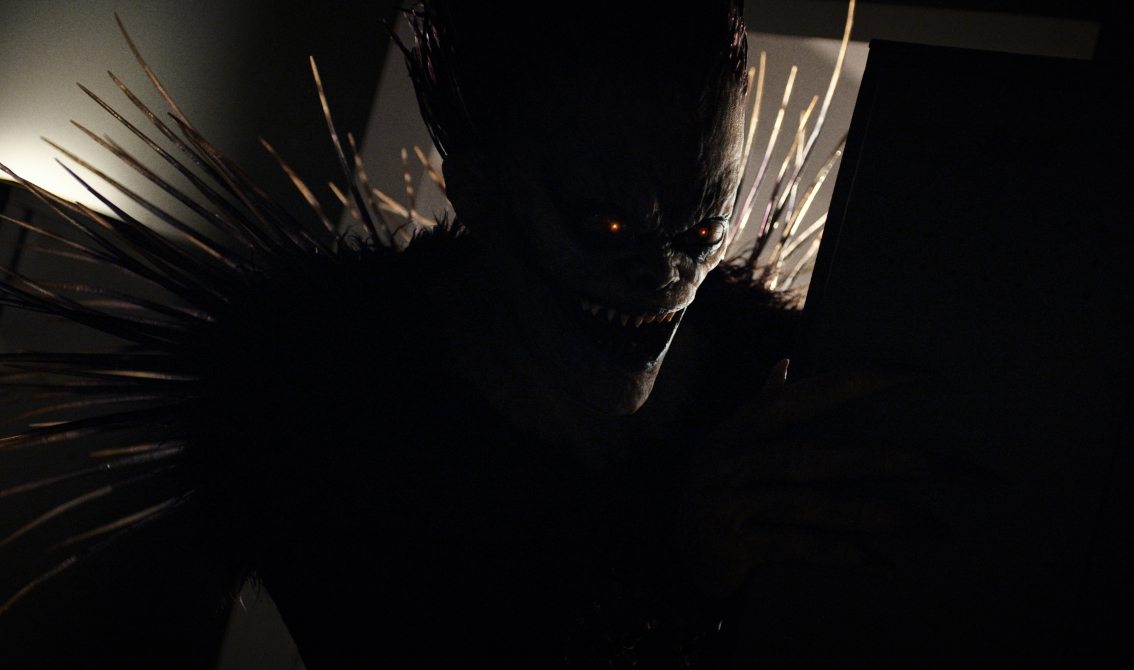 The story follows Light Yagami, a high school student who discovers a supernatural notebook from a Shinigami named Ryuk that grants its user the ability to kill anyone whose name and face he knows. The series centers around Light’s attempts to create and rule a world “cleansed of evil” as “God” using the notebook, and the efforts of a detective known as L to stop him.

The original very dark soundtrack was created by Nine Inch Nail collaborator Atticus Ross together with Leopold Ross. It’s not the first time that Atticus Ross ventures into the film score industry. Along with Trent Reznor, Ross also composed the original score for “The Social Network” in 2010. In 2013, the pair created the soundtrack to “The Girl with the Dragon Tattoo”. In 2016, Ross became an official member of Reznor’s band Nine Inch Nails. The duo will Reznor – Ross have also worked on the “Twin Peaks: The Return” soundtrack.

“Death Note” was adapted into a series of live-action films in 2006. The first two films were directed by Shūsuke Kaneko and the third was by Hideo Nakata and produced by Nippon Television. The first film, simply titled “Death Note”, premiered in Japan on June 17, 2006 and topped the Japanese box office for two weeks, pushing “The Da Vinci Code” into second place. The sequel, “Death Note: The Last Name” premiered in Japan on November 3, 2006. A spin-off from the films named “L: Change the World” was released in Japan on February 9, 2008. It is focused on the final 23 days of L’s life, as he solves one final case involving a bio-terrorist group.

In August 2016, a three-part miniseries entitled “Death Note: New Generation” was announced as a part of the Death Note live-action film series and aired in September. A fourth Japanese Death Note movie was released in 2016 and featured a cyber-terrorism setting with the inclusion of six Death Notes brought into the human world.

Director Adam Wingard stated that Netflix has wanted to make at least two films, if enough people watch the first one: “There are definitely lots of places to go, and we know generally where we would take it. Hopefully people will watch it and Netflix will order a sequel. They definitely are ready to. They just need people to watch it.”