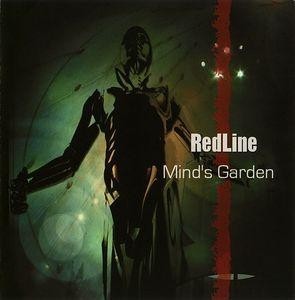 Background/Info: Thanks to the Russian ScentAir Records we get the opportunity to discover a rather unknown pop-minded formations from the Russian scene. RedLine previously released a self-released album and an EP as well.

Content: “Mind’s Garden” is miles away from the electro-pop standards. This is not a typical synth-pop production, but an instrumental composition based upon wafting sound vibes and great astral electronic treatments. The songs have been meticulously worked and are sometimes a bit more into certain complexity reminding me of Noise Unit. I here especially refer to the brilliant “Made By Humans”.

RedLine clearly are sound architects who take care to create attractive sound sculptures carried by danceable rhythms –which sometimes are pretty slow-like. The album is also characterized by some poignant leads. It indeed is an instrumental work, but a few cuts feature a kind of spoken, spooky words and outstanding female chants on “Windhaven”.

+ + + : RedLine maybe doesn’t propose the most accessible electro-pop work, but it definitely is an intelligent composition. The somewhat astral dimension of the work is absolutely fascinating. A few songs lead the listener to a real climax.

– – – : I would encourage the band to incorporate a few more ‘voices’ into their work and I mainly refer to the transcendental chants during the final song.

Conclusion: “Mind’s Garden” is an efficient antidote to the traditional electro-pop standards. This is an alluring work that will captivate the listener for the entire album.

Best songs: “Made By Humans”, “Under The Ocean”, “Abandaned Scenery”, “Lost Illusion”, “Windhaven”.