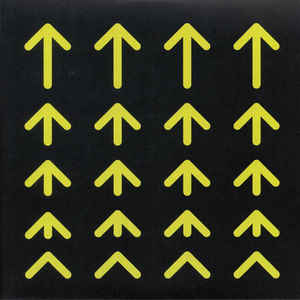 Background/Info: Justin Broadrick will be always linked to Godflesh, but he in the meantime is getting more and more recognition with his technoid brainchild JK Flesh. “New Horizon” is the artist’s third full length album and the second one on Electric Deluxe (the label founded by Speedy J).

Content: “New Horizon” takes the listener away to discover a minimal- and somewhat experimental techno universe. The production is somewhat rough through the addition of industrial sound treatments. But I also discovered a more mysterious and even cinematographic style, which especially at “The Next Stage” is reminding me to the intriguing soundtrack from Brian De Palma’s thriller “Body Double”.

+ + + : JK Flesh deals with his very own vision of techno music. It sounds miles away from ‘classic’ techno formats. I especially like the dark sphere hanging over the tracks, which excels on both last cuts. I already mentioned the cool “The Next Stage”, but “Homo Sapiens” is a truly apotheosis.

– – – : The opening cuts are cool, but a little less similar to each other.

Conclusion: “New Horizon” sounds as a prophetic title for an artist who moves on creating his very own techno universe.

Since you’re here … … we have a small favour to ask. More people are reading Side-Line Magazine than ever but advertising revenues across the media are falling fast. And unlike many news organisations, we haven’t put up a paywall – we want to keep our journalism as open as we can. So you can see why we need to ask for your help. Side-Line’s independent journalism takes a lot of time, money and hard work to produce. But we do it because we want to push the artists we like and who are equally fighting to survive. If everyone who reads our reporting, who likes it, helps fund it, our future would be much more secure. For as little as 5 US$, you can support Side-Line Magazine – and it only takes a minute. Thank you. The donations are safely powered by Paypal.
Tags: Godflesh, JK Flesh, Technoid