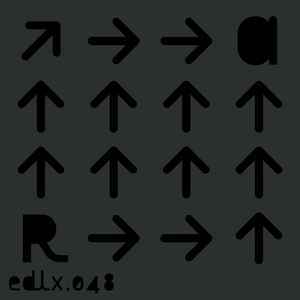 Background/Info: Justin Karl Broadrick aka JK Flesh is one of those artists who doesn’t really need an introduction. After having been involved in bands like Napalm Death and Head Of David he of course became the leading force behind Godflesh. Broadrick has always been involved in ‘heavy’ or ‘extreme’ sound projects. A few years ago, he started a new solo-project under the JK Flesh moniker, which was more focused on techno elements. “Rise Above” is his 2nd full length album.

Notice by the way that the album is also available on a vinyl format.

Content: the main influences running through this album directly emerge at the surface of the opening track. This work is a fusion between the familiar industrial influences of Broadrick and techno music. “Rise Above” appears to be a fascinating sonic platform to mix different influences. It’s not exactly what I would call a dark work, but truly an experiment with noises carried by techno elements while I even noticed a few dub traces as well.

Globally speaking the composition remains rather experimental, but the slower technoid minded cadence together with impressive sound treatments make it more accessible.

+ + + : The merge of industrial- and techno music is not new and still gains more and more fans. JK Flesh seems to have found the secret formula to make it sound pretty accessible while I enjoyed some traces of dub music he added on a few passages. The production is absolutely overwhelming and revealing heavy, impressive sound blasts. The rhythm brings it all into some minimal danceable vibes.

– – – : The experimental input of the work is not exactly my favorite, but it for sure features an essential aspect of the work.

Conclusion: The Godflesh frontman reveals to be a sonic chameleon who’s able to transform himself into a visionary techno-artist or is he simply blaspheming industrial music by a mix of techno? I don’t care because “Rise Above” is a noticeable work revealing several great cuts!

Since you’re here … … we have a small favour to ask. More people are reading Side-Line Magazine than ever but advertising revenues across the media are falling fast. And unlike many news organisations, we haven’t put up a paywall – we want to keep our journalism as open as we can. So you can see why we need to ask for your help. Side-Line’s independent journalism takes a lot of time, money and hard work to produce. But we do it because we want to push the artists we like and who are equally fighting to survive. If everyone who reads our reporting, who likes it, helps fund it, our future would be much more secure. For as little as 5 US$, you can support Side-Line Magazine – and it only takes a minute. Thank you. The donations are safely powered by Paypal.
Tags: Godflesh, JK Flesh