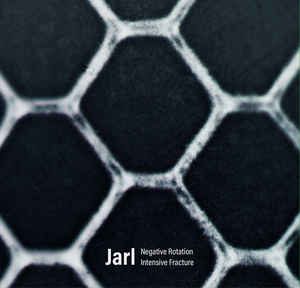 Background/Info: Zoharum likes to re-release work from ambient- and industrial inspired bands. This is another re-release on the Polish label featuring two Jarl-albums. Jarl is a Swedish project, which has already released multiple works. “Negative Rotation” was originally released in 2007 on Abisko as cassette. “Intensive Fracture” takes us back to 2005 and was also released in Abisko as cassette. Both albums now get a ‘new’ life and have been released on CD format for the very first time.

Content: “Negative Rotation” is mixing elements of dark-ambient and electronic music. Echoing drones and overwhelming sound waves are getting the listener into their grip and finally result in a truly apotheosis with a visual strength.

“Intensive Fracture” sounds different and definitely more extreme. The ambient side is not that present and the cuts are carried by experimentalism and abstract sound structures.

+ + + : This work reveals two albums and two different sides of Jarl. I prefer the more ambient-orientated approach from “Negative Rotation”. The sound is somewhat unique and diversified, but revealing great echoing percussion parts, heavy sound waves and ambient passages with a visual appeal. “Intensive Fracture” was an earlier work and that’s in a way an aspect you can hear. The sound was more into experimentalism and will appeal to lover of extremer sonic sensations. It however reveals the progression and diversity of Jarl.

– – – : I think you already understand I’m not a huge fan of “Intensive Fracture”, which sounds too much into improvisation and experimentalism.

Conclusion: What I especially like with the Zoharum re-releases is that they give you the opportunity to (re)discover bands and releases, which aren’t always the most familiar ones.