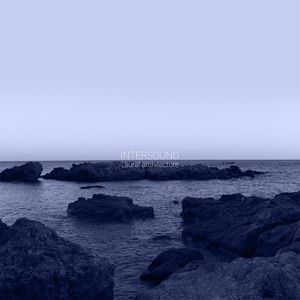 Background/Info: Behind Intersound is hiding Greek artist Damianos Georgiadis. The name of this musician doesn’t maybe say that much and yet he has been involved in numerous projects like Herd Of Elephant’s Philosophy, The President’s Men, and also Neuro D. Neuro D which is one of the best projects I’ve heard in the Clock DVA style. “_Aural Architecture” is the debut-album under the Intersound moniker.

Content: This is quite a diverse and eclectic work bringing many influences together. I get the impression that I am entering into a sound laboratory where the scientist has been replaced by an open-minded musician exorcizing some of his unexplored sonic ideas.

It all starts in a rather experimental and soundtrack orientated way. It’s pretty ambient and features  intimate, subtle passages. Quite progressively Intersound moves into darker and mysterious noise fields. There’s a low cadence joining in while the ambient inspiration becomes more elaborated and accomplished by beautiful sound treatments. There’s a ritual touch which can be heard now and then while I also noticed cool psychedelic tones.

The album has been released on vinyl, but we got a CD format with some exceptional bonus cuts.

+ + + : If you’re in search of diversity and electronic beauty, “_Aural Architecture” will fully satisfy all expectations. I especially like the intelligent sound treatments featured at the end of the work.

– – – : The opening cuts are not exactly what I should call hesitant, but not exactly exciting and convincing.

Conclusion: This album is an evasive opus, which is mainly based upon ‘ambient’ music reinforced by multiple influences.

Best songs: “Things I Left Behind”, “Postscript”, “About Nothing”, “Prohibit Canvas”.