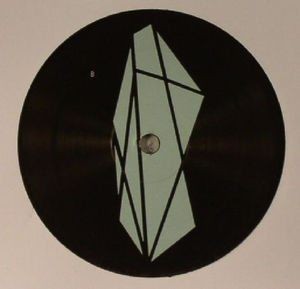 Background/Info: Eric van Wonterghem is one of those Belgian electro veterans who can look back on a real successful and respectable career. He got involved in bands like The Klinik, Insekt, Absolute Body Control, Sonar… and of course Monolith. For this new 12” he signed to Adam X’s label Sonic Groove Records.

Content: We all know Monolith for its dark and trance-minded industrial grooves. “Time Running Out” is a step forward into dark and tormented techno fields. This vinyl is the fusion between hard-danceable techno loops and noise manipulations.

The work is driven by obscure industrial noise loops while the techno cadence will leading the listener into frenetic dance moves. The work is accomplished by some cool trance vibes while the last cut moves into a more minimal electronic exposure, which comes closer to IDM.

+ + + : The work of Monolith is in constant progression. Eric van Wonterghem remains faithful to his standards and influences, but he dares to explore new ideas creating a dark and noise-minded techno format.

– – – : If you’re not into minimalism and especially obscure technoid loops this is not for you.

Conclusion: “Time Running Out” sounds a bit like the offspring between Sonar and Monolith, but it remains Monolith revealing the most technoid side of the band.

Since you’re here … … we have a small favour to ask. More people are reading Side-Line Magazine than ever but advertising revenues across the media are falling fast. And unlike many news organisations, we haven’t put up a paywall – we want to keep our journalism as open as we can. So you can see why we need to ask for your help. Side-Line’s independent journalism takes a lot of time, money and hard work to produce. But we do it because we want to push the artists we like and who are equally fighting to survive. If everyone who reads our reporting, who likes it, helps fund it, our future would be much more secure. For as little as 5 US$, you can support Side-Line Magazine – and it only takes a minute. Thank you. The donations are safely powered by Paypal.
Tags: Monolith