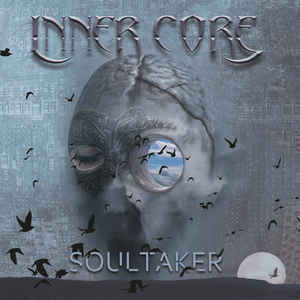 Content: “Soultaker” features rather classical elements of goth-metal music. The production is however characterized by solid guitar riffs and charismatic female vocals. The opening cut (which is the title song) will take you away for 8 minutes, and reveals the elaborated songwriting. Most of the songs have been accomplished by piano-like arrangements, but there are also organ sound passages.

+ + + : There’s a noticeable symbiosis between the power of the guitar playing,  the melody of the keyboards (mainly piano sounds) and the charisma of the vocals. “Soultaker” sounds harmonious and deeply artistic. You don’t get the impression that you are discovering a debut album rather than an experienced band. There are a few little jewels featured here, and I especially want to tip “Ghost Dust” and “Sweet Addiction”. If you’re into this kind of music Inner Core definitely is a band worthy of examination and especially guitar lovers will be pleased by some of the solo parts.

– – – : The songs are maybe a little less predictable after a while, but I guess that’s often true for most releases.

Conclusion: There are probably too many bands –and especially German formations, involved with goth-metal music, but Inner Core is a band that touched me for having this little extra crowned by a few outstanding songs.