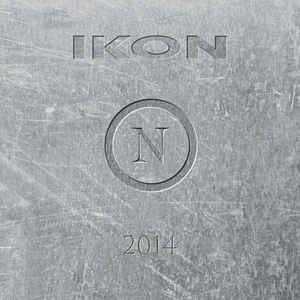 Content: Ikon is a band with no real secrets for all fans of gothic and new-wave music. If you don’t yet know this work, you’ll get the impression of going back to the essence of 80s new-wave music. It sounds dark and fully melancholic. Some tracks are a bit in the ballad-style while the last cuts become harder. You there will (re)discover the typical mewing guitar style reminding me of the glorious days of the 80s. I don’t want to compare Ikon to any other band, but I’m sure some of the songs will appeal to fans of The Mission and New Model Army. The bonus tracks are all harder and an opportunity to (re)discover songs that were originally released as singles.

+ + + : I’m still convinced that Ikon is a band deserving more recognition here in Europe. This is an experienced and talented formation bringing the 80s back to life while adding its very own touch. The guitar parts are absolutely great while I remain totally addicted to the vocals of frontman Chris McCarter. He has a great timbre of voice, which totally fits with this dark and yet melodic music. There are several cool songs featured on the album, but I have a preference for the harder cuts in the final part. I also enjoyed “Rise And Fall – LP Version” for its melodic arrangements and the guitar playing which sometimes reminds me of early Simple Minds.

– – – : Ikon is a mature and professional band. They perfectly know how to compose an efficient new-wave album in the truest tradition of the genre although this is for sure not their best work in history. I’m missing the magic from the earlier years.

Conclusion: This latest Ikon opus was originally released 20 years after their debut album “In The Shadow Of The Angel”. It’s an opportunity to realize the evolution of this band, which is mainly noticeable in the global sound production.