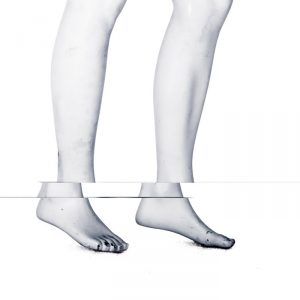 Background/Info: Echolust is a Californian trio unleashing their official debut album on Cleopatra Records. The band claims to be inspired by shoegaze, dark-wave, post-punk and synth music. They already got a lot of positive reactions and were even featured in a sci-fi thriller “The Rift – Dark Side Of The Moon”.

Content: “Veldisa” sounds dark and evasive plus carried by melody lines and pop-like vocals. From the very first notes and arrangements this band makes me think to an offspring between Jesus And Mary Chain (for the shoegaze approach) and New Order (for the bass lines and arrangements). There’s a constant symbiosis between shoegaze and pop music. I also noticed a few cuts, which are definitely more into pop music and “Lotus” even reminds me of Mesh.

+ + + : Echolust has found the right balance between the darker shoegaze style played with the typical fuzzy guitar parts and melodic arrangements, which mainly come through in the choruses creating this pop flavor. The guitar playing is one of the most essential elements of the work and one of the main strengths. The vocals are more reminding me of a pop band, but here again Echolust has found a perfect cohesion getting all different influences together. “Veldisa” doesn’t sound at all as a debut album, but the work of an experienced and mature formation.

– – – : There are just one or two cuts, which can’t totally convince me, but globally speaking you don’t hear me to complain. Echolust maybe has to strive for a more personal sound, the influences of Jesus And Mary Chain and New Order being maybe too explicit.