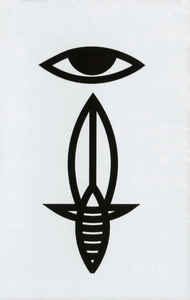 Background/Info: This formation is a duo consisting of Franc Kurti (Albania) and Dina Hajrullahu (Kosovo). It’s not that usual to discover electronic music from this forgotten part of Europe. I Tpame I Tvrame has already released a few  productions (mainly digital songs and another album on cassette format). This new opus has been released on the French label Distag.

Content: I never heard of this band before, which took me by surprise unleashing an old-school minded electro-minimal style. It sounds pretty dark and even a bit obscure, which is reinforced by Dina’s sterile vocal parts.

+ + + : This music sounds in the good-old tradition of electro-wave experiments. But “I Tpame I Tvrame” is more than inspired by 80s music. There also is a strong experimental touch, which also comes through in the numerous effects this album has been made of. The dark atmosphere hanging over the tracks has something anguishing, but it totally fits to the work. I’ve been really impressed by the sonic approach of this duo.

– – – : A few songs are maybe a little bit too much into experimentalism, but you don’t hear me to complain. I think the main point will be to keep this ‘difficult’ band name in mind!

Conclusion: I’m always excited when discovering a new band hailing from a country you’re not used to hearing electronic music from. I Tpame I Tvrame took me by surprise and is a band I can only encourage to move on and which I hope will reach a wider audience.