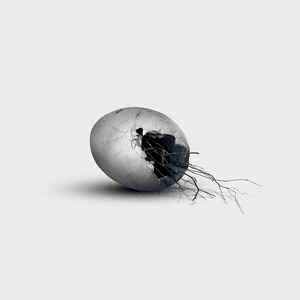 Background/Info: Arthur Rosar is an Austrian musician who has been formerly involved in many projects such as Sanguis Et Cinis. Last year he released the debut album of his ‘new’ Hesychia project. “Metanoia” has been introduced as ‘a meditation on freedom from all passions (apatheia) and repentance (metanoia) through fundamental concepts established by early Christian mysticism (the desert fathers) with respect to Zen Buddhism and pre-christian European traditions.

Content: “Metanoia” reveals 5 chapters or tracks if you prefer. The sound is made of unavoidable dark, extended sound waves. But Arthur Rosar also experimented with multiple electronic manipulations creating a strong effect. The sound has something misty and mysterious, which progressively leads the listener into a paranoid sensation.

+ + + : “Metanoia” is a rather successful debut in the dark-ambient style for Hesychia. The work features all requested elements a dark-ambient freak wants to hear. The songs have been progressively built up reaching a visual effect of nihilism. The ultimate point where you can go down into paranoia.

– – – : I’m missing some diversity in the global writing, some passages are monotonous, but that’s often what you can experience when listening to a soundscape-minded composition.

Conclusion: I don’t consider Hesychia as a ‘hot’ newcomer on the already impressive Cyclic Law roster although “Metanoia” is an honest and enjoyable work. Let’s keep an eye on this project.