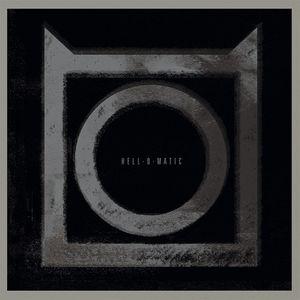 Content: Hell-O-Matic has the potential to soon become one of the hottest new-coming bands in the wider fields of industrial-metal music. This German combo sounds like that they have dropped a sonic bomb consisting of 12 tracks.

The opening song is an ambitious cover version of B52’s famous “Planet Claire”, which they transposed into a furious and somewhat metal orientated version with harsh vocals on top. The melody line of the song is quite recognizable and electronic-like. And there are more cover versions featured on this opus.

But “Planet Claire” is a cool teaser, which still stands for the heavy sound outburst composed by Hell-O-Matic. The album sounds heavy and fast! The bulldozer cadence is joined by menacing guitar passages while most of the choruses are often quite carrying parts. Hell-O-Matic is metal and industrial and also rock! A lot of influences are running through this album and it sometimes appears like they’ve mixed multiple music genres with a secret metal formula.

“Rape You Youth” makes me think to a rock a billy song merged with metal elements. “Breakaway” moves a bit further reminding me of The Beastie Boys raped by metal guitarists while this song was originally written by Gary Zekley and Mitchell Bottler. I especially like the chorus of the song where the vocals have been dubbed creating a loud and powerful feeling.

And that’s not all as “Hurt’n Bleed” reminds me of Depeche Mode’s “Personal Jesus” (for the guitar sound), but here again spiced with metal ingredients and driven by cool electro sequences while there also is a nice piano part in it. Hell-O-Matic sounds weird, but great!

There also is a kind of wink to Rammstein for some of the guitar parts on “Welcome To My World” while “Bad Dog” again reveals the devastating power of this band. The last mentioned song was originally written by Chumbawamba (which started as a punk band). A last cover is “Meet Ze Monsta”, which you maybe know from PJ Harvey, but this is not my favorite track of the album.

Conclusion: Hell-O-Matic stands for a murderous sonic cocktail, which is mixing multiple ingredients to get an uncompromising, hot and devastating sound!