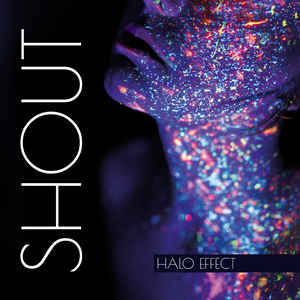 Background/Info: Italian Halo Effect has already been active since 2001 and this release, “Shout” is their fifth opus. It also is the second one released on Space Race Records. This new work features 11 songs, which have been produced by Rob Early (Retrogramme).

Content: “Shout” is a danceable electro-pop album, which moves in between a rather ‘classical’ format and harder body-pop songs. The EBM touch mainly emerges from the solid bass lines. The album also has a little vintage flavor.

+ + + : “Shout’ is mainly characterized by a mature production process revealing a band that has seriously improved most elements of the composition. It becomes a styled work featuring multiple cool songs. I also enjoyed the diversity, mixing harder- and classical electro-pop. Last, but not least the vocals are perfectly matching with the music. I here again have a little preference for the harder songs.

– – – : The only single element this album is maybe missing is a potential hit; ‘the’ song that would be chosen as title track for a single and/or EP.

Conclusion: “Shout” is according to me the best album ever released by Halo Effect. This is an accomplished and exciting production, which will mainly appeal for darker electro-pop lovers.