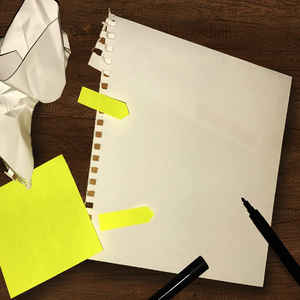 Background/Info: GunMaker is a Hungarian trio which released their debut-work “Headmaker” in 2015. This album revealed an electro-metal sound with some pop influences. The successor “Daymaker” was released in 2017 revealing a male vocalist instead of the female singer who has left the band. Notice by the way this album was produced by Rob Dust.

Content: “Daymaker” is a different album, which is more carried by pop elements. I can’t speak about a ‘typical’ electro-pop album as “Daymaker” goes much further. The songs are sophisticated, catchy and empowered by guitar riffs. Solid bass lines and impressive electronic treatments (which even remind me of Sebastian Komor) are the main electronic ingredients of this work.

The album also features a rather surprising Covenant cover (cf. “Like Tears In Rain”) plus a few remixes by Rob Dust, Atomzero, Strongmaker and Diskonnekted.

+ + + : “Daymaker” reveals a great evolution compared to the debut work. The songs have been composed with intelligence. I like the carrying- and melodic aspect of the songs while the guitar play inject some extra power. There’s a real great balance between all the different layers and especially between electronics and guitar. I also like the vocals when produced with some minimalistic, robotic effect on top.

– – – : The only single point that can be improved are the vocals on a few songs. There’re missing conviction and especially passion. That’s maybe because of the line-up change.

Conclusion: “Daymaker” is a real interesting album for avoiding the big electro-pop cliché. It also reveals a band that has made an interesting move towards more indie-pop driven influences.