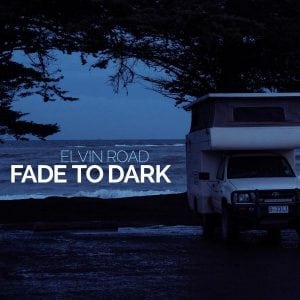 Background/Info: Elvin Road is a French band hailing from Paris, which already released 2 previous albums. “Fade To Dark” is their first new opus since the “Monsters”-album (2010). It took 5 years to Elvin Road to achieve this work.

Content: It’s not that easy to define the sound of Elvin Road and I honestly don’t think they’re really concerned about belonging to a specific music genre. “Fade To Dark” rather sounds as the mix of multiple influences. From funky bass lines to empowering and metal-driven guitar riffs to refined piano arrangements to wafting rock passages to (instrumental) cinematographic passages this album has a lot to offer. I noticed a few harder cuts featuring electronic arrangements while the vocals remain more rock-like.

+ + + : One thing is for sure, Elvin Road doesn’t sound like any other formation. They have their own style and sound, which covers different sources of inspiration. I definitely prefer the harder work, which is mixing metal guitar parts and electronic treatments. In a totally different genre, the instrumental and pure soundtrack-driven”Beverly Hell Shopping” is a beautiful song revealing a more sensitive touch.

– – – : I’m not convinced about the vocal parts and especially on the song “On The Shore” where I’m missing passion and conviction. There also is a real contradiction in styles. I often like eclectic bands, but this album is maybe covering too much influences.

Conclusion: I experienced “Fade To Dark” as a real ambitious work although I’m missing some homogeneity between the songs. It feels a bit like a band, which wanted to exorcise too many ideas on one disc.

Since you’re here … … we have a small favour to ask. More people are reading Side-Line Magazine than ever but advertising revenues across the media are falling fast. And unlike many news organisations, we haven’t put up a paywall – we want to keep our journalism as open as we can. So you can see why we need to ask for your help. Side-Line’s independent journalism takes a lot of time, money and hard work to produce. But we do it because we want to push the artists we like and who are equally fighting to survive. If everyone who reads our reporting, who likes it, helps fund it, our future would be much more secure. For as little as 5 US$, you can support Side-Line Magazine – and it only takes a minute. Thank you. The donations are safely powered by Paypal.
Tags: Elvin Road