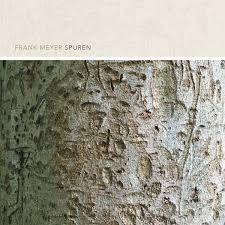 Background/Info: Electronic producer Frank Meyer is an artist I discovered on other releases from the Frank Mark Arts roster and I especially refer to an album together with Roman Leykam. “Spuren” is the debut solo-album of Frank Meyer revealing 10 tracks.

“Spuren” is a rather versatile record moving from pure experimentalism and abstract sounds to a cinematographic approach (even reminding me of the soundtrack of the famous French movie “Le Fabuleux Destin d’Amélie Poulin”) to mysterious, ambient atmospheres to real evasive guitar passages to more psychedelic parts.

The work reveals a true fascination for sound research and -manipulations. You sometimes get the feeling this music is composed by a sonic scientist instead of a musician.

+ + + : You have different kinds of experimental music, but Frank Meyer makes his music quite accessible. The work is versatile and switching from reverie parts into pure experimentalism. “Spuren” could be a soundtrack for a movie and/or documentary. I like this approach and have a preference for the intriguing “Hirngespinnst”.

– – – : Even if the experimental format is pretty accessible it however remains an album that will probably appeal for a restricted number of music lovers. This is the kind of work that sounds like a part from a wider artistic creation featuring images, pictures ao.

Conclusion: “Spuren” is a rather successful solo-debut for Frank Meyer revealing a delicate side of experimentalism or is it just a visionary ambient producer?