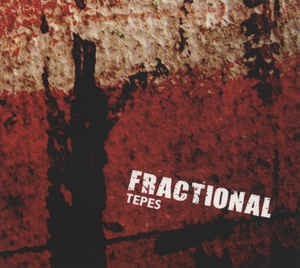 Background/Info: Belgian artist Pierre Remy has already active under the Fractional moniker for more than ten years now. He released several productions on different labels, but went through a more silent period since the last album (cf. “Blood”) released in 2010 on Tympanik Audio. This new opus also is the first Fractional work released on Raumklang Music (label of Dirk Geiger).

Content: Fractional always has been a kind of sonic enigma and electronic chameleon. It’s always been difficult to define the sound of this project and it’s not that different with “Tepes”. The tracks move from a kind of rhythmic horror-scape towards industrial-cinematographic music to passages driven by broken beats and d’n’b influences. I also noticed an experimental intermezzo of noises and a surprising industrial trance lead.

“Tepes” remains pure electronic music, but inspired by an impressive canvas of sounds and styles.

+ + + : Diversity definitely is the main strength of this opus and Pierre Henry feels definitely comfortable with most of the influences running through his work. I have a preference for the most rhythmic cuts with an electro-industrial approach. “Sionvi” is the most surprising track for its industrialized trance lead, but it really makes sense. The title song definitely appears to be the most creative one. It’s a kind of mix between industrial bombast and cinematographic atmospheres.

– – – : “Tepes” is not the most accessible work to listen to. You sometimes get the impression of listening to a compilation album instead of one artist. There are many good ideas running through this work, but I would have liked to get a more elaborated approach of a few styles.

Conclusion: “Tepes” is an album that needs a few listening before really getting into the sound, which unfortunately is missing a real apotheosis. I’ve already heard better albums from this artist.