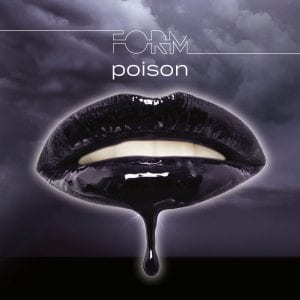 Background/Info: Behind the Form-project is hiding Rob Dust. He gained a serious reputation as producer and remixer, having worked with some real famous names.

Content: The title song is a catchy and carrying piece of electro-pop music with a little trace of melancholia on top. The vocals are rather clear. Next to the “Album Version” you also will discover a “Club Version”. There also is an extra (kind of B-side) song entitled “Going Under”.

+ + + : “Poison” is a great title song featuring all requested ingredients to get perfect electro-pop music. The “Club Version” is logically driven by club-orientated elements like an empowering beat. Both versions make me curious to discover the full length album.

– – – : I’m not into the B-side cut, which is less inspired and rather average-like.

Conclusion: “Poison” is exactly what you might expect from a single format: a cool title song and a B-side one without that much interest… although some B-side cuts became real hits, but not this time…