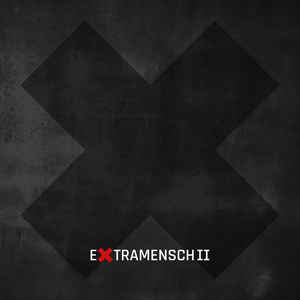 Background/Info: The German formation Extramensch strikes back with their second full length and this 7 years after their self-titled debut work. A lot of things happened in the meantime and with a new line-up featuring a new singer “II” sounds like a new start.

Content: “II” is moving in between rock-pop elements and harder metal-rock passages. The overwhelming guitar injects a serious power boost into the work while a few softer elements make the sound really accessible.

Extramensch will definitely appeal for guitar lovers who like several solos running through this work. A few electronic polished electronic arrangements create this little pop touch. I also have to mention the delicate violin playing which was accomplished by a guest musician. Most of the vocals have been sung in English, but there a few German parts as well.

+ + + : There’s the right balance between the power and the solo parts of the guitar and the rock-pop aspects. Extramensch has a real charismatic singer who’ll be a real bonus during the live shows. The metal approach of this album is quite accessible, which will may be an opportunity to reach a wider audience. I’m not surprised this album is getting enthusiastic reactions in Germany.

– – – : I can say that “II” doesn’t bring anything new to the rock-metal music genre, but the main point is that I don’t see any real potential hit among the tracklist. I noticed several cool songs, but that’s not enough to speak about a total success.

Conclusion: “II” sounds like an interesting return for Extramensch. They’ve achieved a cool work with enjoyable songs, but with no real highlights. I however think there’s an interesting basis to move on with.