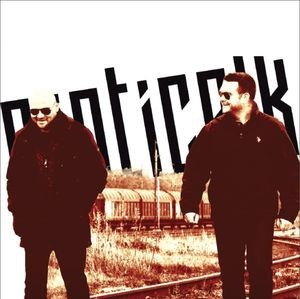 They left Major Records to self-release their new album, which is mainly characterized by the use of mainly analogue gear. It’s an element you can hear in the efficiency and originality of the vintage sound treatments. Most of the bass lines are irresistible, but there also is a solid melodic element throughout the songs. From a pure technical point of view this is for sure their most professional album.

The work reveals catchy elements and globally speaking a kind of ‘happy-sound feeling’. Several songs are pretty danceable, but this work also reflects a softer and evasive side. So in the end I would say that “III” is pretty diversified while the load of remixes and alternative mixes reinforce this variety in sound.

The first part of the album reveals multiple noticeable tracks, but I’ve a little preference for “Other Side Of Love”, which also sounds a bit electro-rock like. That’s maybe not a coincidence as Fredrik Sigeback and Tomas Gustafsson revealed their intention to write some of the songs in a gothic-rock vein, but with synthesizers. It might be also an explanation to the surprising cover version of “Wicked Game.” The original song by Chris Isaak –which remains a real jewel in music history, has been transformed with a genius result. You’ll still recognize the original song, but it all sounds like it has been covered with some Depeche Mode-input.

After the fascinating cover of “Wicked Game” you’ll notice the sublime “Higher”, which according to me is one of the main attention grabbers. It sounds a bit rock-inspired as well, but is mainly carried by terrific sound treatments. “Would” and the already known EP-title song “Burning Down Your House” both are noticeable cuts as well. It all sounds catchy and danceable while once more revealing the experienced production of this band. Notice by the way that Claus Larsen did the mastering of the album.

Next to the 14 songs this limited CD-format features 5 bonus tracks. There’s an “Acoustic Version” of “Dark Winter” and an “Extended Version” of “My My Hey Hey”, but the most promising cuts are the remixes by Denormal and Vaylon. Vogon Poetry made a remix as well.