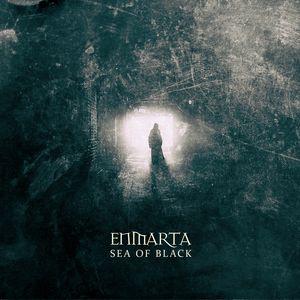 Content: Cryo Chamber has signed a new solo-project called Enmarta, which delivers a debut release featuring 6 poignant tracks that will immediately appeal to lovers of dark-ambient and cinematographic experiences.

The project was set up by Siegfried L who invites his audience to move throughout a dark and evasive sound universe, which sounds like an artistic bridge between ambient- and cinematographic music. The dark exploration of the artist has been constructed from dark, humming sound vibes joined by a neo-classic touch, field recordings and poignant throat singing. The title song opening this album is not exactly my favorite track, it’s more like a cool warm-up.

“Dark Asylum” sounds darker through its overwhelming humming sound waves, which create a delicious, but tormenting atmosphere. This is the right teaser to welcome “Aesthetics” coming up next. This is a kind of apocalyptic-like sound creation mixing evil sonic forces together with the refined and pure neo-classic play of a viola. This song has something special that enhances the dark-ambient basis of this work with a worthy artistic element.

The three cuts left hold on to the dark, anguishing format of this album while accentuating the dreamy side. But the dream can rapidly turn into a real nightmarish experience because of the constant exploration of obscure sound paths reinforced by intriguing field recordings. “Putrefaction Chamber” is a highly recommended track in the genre and again reveals the talent of this band.

Conclusion: Cryo Chamber definitely has a nose for talented new projects and this work by Enmarta is a very successful debut.