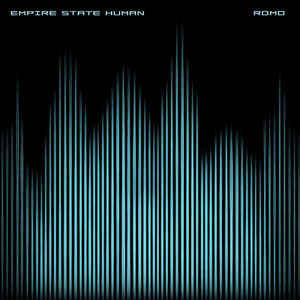 Content: It’s not that useful talking first about the Casserly’s very unique timbre of voice, which is easy recognizable. It’s a particular experience, somewhat androgenic, but very recognizable. It also is the right singer to get involved with electro-pop music. The music is quiet vintage-like revealing solid bass lines and fine, precious bleeps.

+ + + : The vocals remain one of the main characteristics and strengths of this project. It’s the kind of ‘voice’ you are either going to like or not; there’s no way in between, but one thing is for sure, the vocals are making the specificity of this band. The music is well-crafted and I especially like the delicate bleeps, and especially the good-old analogue sound construction, which remains something apart and definitely magic-like! “Future Sex” is the absolute highlight of the work.

– – – : The main strength of an album often is the weakest point for other music lovers. Even if I recognize the talent of Aidan Casserly as a singer I never have been a huge fan of his so unique timbre of voice. I would like to love his voice, but as I said, there’s no real way in between: you like it or not. It often starts to bore me after a while and it’s not that different on this work.

Conclusion: Don’t get me wrong, it’s not because the timbre of voice doesn’t fit with my personal taste and expectations that this is not a good album. Not at all, “Romo” is a well-crafted opus revealing impressive analogue sound treatments.