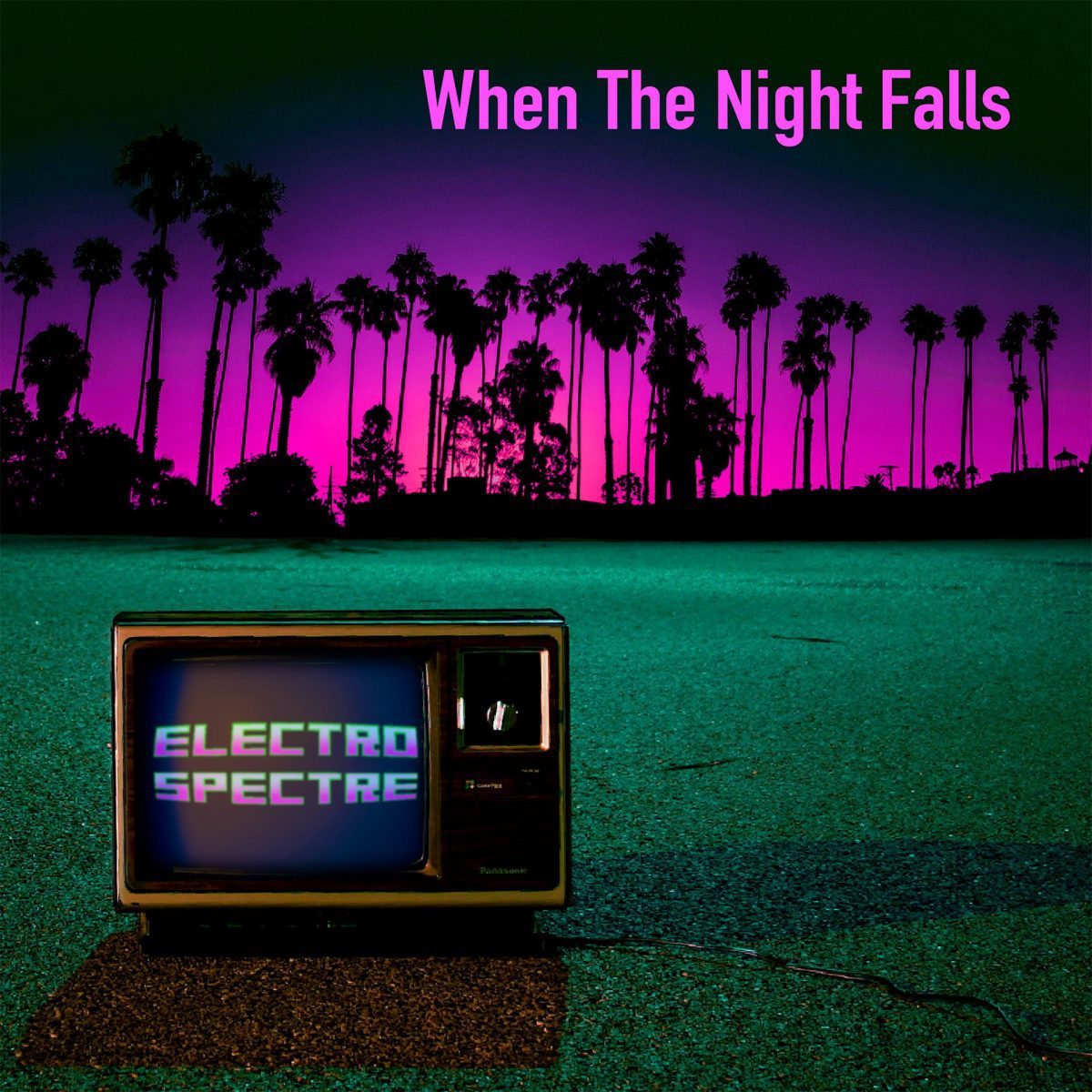 (By our Norwegian correspondent Jan Ronald Stange)
On April 2nd, a corona affected week behind schedule, Electro Spectre released the ‘When the night falls’ EP on Crab Key Records in collaboration with Meisel Music, Germany. This was their second release so far this year from the upcoming album ‘Stereo Dreams’, with three versions of the main title and three additional remixes of other tracks from the album. We also got the first track ‘Jungle Eyes’ last year and the ‘Where Two Hearts Meet’ EP earlier this year, and with all the bonus tracks and mixes on these EPs we really have gotten a taste of what lies ahead!

When asking Alexander Bjørneboe, singer and writer, about what lies ahead for Electro Spectre he had a lot to say when doing one of the things he does best; being imaginative.

What are your thoughts about the upcoming album?

AB: Well, I think it’s a very good one. Isak thinks it’s a very good one. We are totally objective of course. You may trust us on this. If time used is any indicator, this will be the greatest album ever. We have have polished this little gem ’till it shines. And then we polished it again. And now it shines even more. We are proud of it, I can tell you that in all honesty.

Even though guitars have never been a big part of the Electro Spectre sound, you have included some on this album. In the past, some of your albums include guitars, others don’t. Any plan behind these choices?

AB: No plan what so ever. These choices are made in a creative flow. Sometimes you feel the urge, sometimes you don’t. I guess a painter who mainly uses the colour blue is sometimes drawn to the colour red. And some dusty, desert sounding guitars create a nice tension when mixed with slick synthesizers. Opposites attract and all that.

But as a member of a synth based band – if you had to choose between a guitar and a synthesizer, I take it you would prefer the latter?

AB: For my own personal use, I would go with the guitar. But there is a big difference between playing alone, for your own pleasure, and making music meant to be communicated to others. Synthesizers are so versatile – you can make them produce sounds that are out of this world. I love synthesizers. So I can’t chose, really. In regards to this question, I will have to consider myself a bigamist. Although in the realm of Electro Spectre, the guitars are more of a fling. Electro Spectre will always be a band rooted in the synthesizer based pop of the 80s. We are not purists, though. We don’t have to sound like the 80s. We just love the New Romantic vibe.

What inspires you to write music?

AB: Many, many things. Other peoples creative output. Music. Movies and series. Emotional scenes. Stubborn memories. Sometimes you feel something inside of you crawling out. It births itself. But unless you’re a very unusual creature, a lot of the time it’s just hard work. Tiresome and frustrating. Until you get something down that you really like – then it’s the best thing in the world.

Apparently, every good interview is supposed to contain a fun/crazy question. So – if you could be a fruit, which one would you be?

AB: I would like to be the noble watermelon, thank you very much. The heavyweight champion. Sturdy, yet sweet and juicy. And green. Green is very hip these days. Yes, it’s mandatory to be green, so the scene is set for the watermelon.

Interesting. What does your shrink say?

AB: He says it’s classic megalomania. He also warns me about cheeky interviewers, so what does he know?

Exactly. Let’s go back to the upcoming album. What are your hopes for it?

AB: Well, world domination is always on the agenda. But maybe it would be smart to aim a little lower, and say that I hope those who listen to it find it very, very good. Occasionally people will tell me that our music means a lot to them. That they find something in our musical universe that they connect strongly to. That makes me proud. And happy. And grateful. I hope some people out there will connect strongly to this album. And we can all be happy. In a complicated way, that is. New Romantic style.

Electro Spectre have also started a series of exclusive studio inside versions, early demos and remixes of songs from the very beginning and up to date the coming weeks to let the fans get an inside on the process in the studio. Check their Facebook page for the first track published last night!

Get the new EP at Bandcamp or Apple Music

Since you’re here … … we have a small favour to ask. More people are reading Side-Line Magazine than ever but advertising revenues across the media are falling fast. And unlike many news organisations, we haven’t put up a paywall – we want to keep our journalism as open as we can. So you can see why we need to ask for your help. Side-Line’s independent journalism takes a lot of time, money and hard work to produce. But we do it because we want to push the artists we like and who are equally fighting to survive. If everyone who reads our reporting, who likes it, helps fund it, our future would be much more secure. For as little as 5 US$, you can support Side-Line Magazine – and it only takes a minute. Thank you. The donations are safely powered by Paypal.
Tags: Alexander Bjørneboe, Crab Key Records, Electro Spectre, Meisel Music, Stereo Dreams, When the night falls