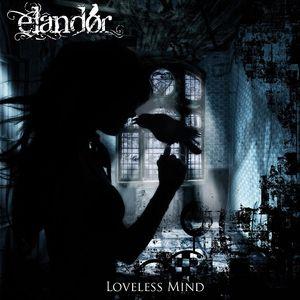 Content: I never have been totally seduced by the dark-rock and gothic sound of Elandor. Two years after the EP “Tales Of Hearts” the German combo unleashed their new work featuring 13 songs.
One of the main evolutions is the addition of an extra member playing violin. It’s an essential element, which you’ll notice during different cuts by adding an extra touch of refinement on top of the creation. I would have like to hear more explicit violin arrangements and especially during the harder passages. Elandor indeed mixes heavier cuts, which sometimes move on the edge of goth-metal (cf. “Rising Fear”) and quieter pieces reflecting some melancholia (cf. “Her Song”).

Most of the tracks reveal electronic arrangements injecting a subtle touch while making the global work more polished and accessible. There’s a melodic element emerging from the electronic parts, which totally fits with the harder guitar playing. I here refer to songs like “Ohne Dich” and the cool “Desire”.

The main point that hurts is the absence of a real climax at this album. The songs are well-crafted, but never really reaches an apotheosis. “Loveless Mind” features multiple enjoyable songs, but I’m missing this little ‘extra’.

A last element consists of the vocals, which in my opinion are sometimes missing some passion, remaining a bit flat and monotonous. I here especially refer to “Obscura” (preciously released at the EP “Tales Of Hearts”), which is a good song, but without the true spirit I expected from the vocals. A rather positive aspect is the mix of English- and German sung lyrics.

Conclusion: I think there’s much more potential inside this band that what they’ve shown thus far. I’m missing a global passion.

Since you’re here … … we have a small favour to ask. More people are reading Side-Line Magazine than ever but advertising revenues across the media are falling fast. And unlike many news organisations, we haven’t put up a paywall – we want to keep our journalism as open as we can. So you can see why we need to ask for your help. Side-Line’s independent journalism takes a lot of time, money and hard work to produce. But we do it because we want to push the artists we like and who are equally fighting to survive. If everyone who reads our reporting, who likes it, helps fund it, our future would be much more secure. For as little as 5 US$, you can support Side-Line Magazine – and it only takes a minute. Thank you. The donations are safely powered by Paypal.
Tags: Elandor