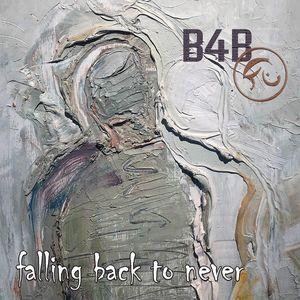 Content: Born For Bliss is not exactly a band releasing new work on a regular basis. The band is now active since the 90s and this is their 3rd album in 18 years. While it all started as a side-project of Clan Of Xymox members the band rapidly caught the attention of the gothic community releasing some excellent songs.

This is their first album in 5 years which takes off with the “Innocent”-song, which was the title track of their last EP released now 2 years ago. This song stands for the typical guitar-gothic sound of Born For Bliss, which also reminds me of the good-old new-wave era. There also is a nice twist between the vocals of Frank Weyzig and female backings.

The songs are well-crafted and next to the main gothic inspiration you’ll also notice a kind of goth-rock style featuring the cool “Underground”-song (which was still released at their “Innocent”-EP as well). Among the ‘new’ songs I discovered the beautiful and somewhat folk-driven “Hours”, which also reveals an intimate touch. This song is much more into ‘chanson’ and rock music instead of pure gothic.

Born For Bliss has probably accomplished their most diversified work to date. The last part of the album reveals a more dreamy approach resulting in a few more interesting cuts like “Thorns”, which is characterized by elevating guitar playing and the beautiful and refined “Anxiety”.

Conclusion: “Falling Back To Never” is an album without real surprises, but reveals several beautiful and diversified songs. The composition and writing clearly reflects the maturity of this formation, but I’m just missing an absolute ‘hit’.