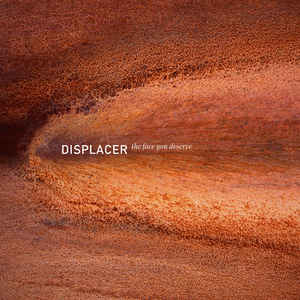 Background/Info: Michael Morton better known as Displacer has already released an impressive number of releases on different labels. His project became an established and renowned name at the wider fields of electro-experimental & ambient music, but still at the more contemporary IDM. This new opus seems to be inspired by some existential themes resulting in 10 new cuts featuring a few guest artists.

Content: Displacer moves on with the familiar electro complexity, which started during the early millennium years. The influences remain pretty similar although every single new album sounds as a further exploration of this very unique sound universe created by Michael Morton. It remains pretty electro-ambient supported with astral atmospheres and carried by slow, broken rhythms.

+ + + : Displacer always sounds like a voyage through futuristic sound galaxies. The artist takes care to create magic sound treatments revealing, deep resonating bass lines, multiple sound effects and refined bleeps. “No Matter Where You Go…” makes me even think of an ambient version of Kraftwerk. There’s a noticeable progression in the song structures, which sometimes reaches a real climax like on “White Tiger” (feat. Brien Hindman). Some tracks are somewhat mystic while other passages are clearly into a cinematographic dimension.

– – – : Displacer always has this little experimental touch, which makes the sound only accessible for the true lovers of this genre.

Conclusion: “The Face You Deserve” only confirms the genius sound approach of Michael Morton. He’s an artist who doesn’t really care about compromises and fashion trends, but simply moves on exploring sound fields of the future.

Best songs: “White Tiger (with Brien Hindman)”, “Out Of Time (with Snowbeasts)”, Shadow Self”, “No More Mr Nice Guy”, “No Matter Where You Go”.