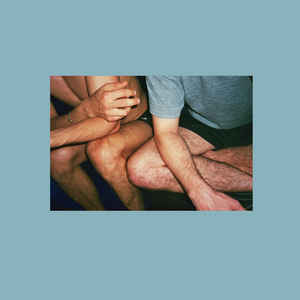 Background/Info: Desroi is German producer Frederic Lindemann. He already released a few 12”, but “Dwell In Motion” is his first release on Avian.

Content: Desroi is an interesting artist, who definitely belongs to the great IDM phenomenon. He clearly sounds inspired by techno music, but the writing also reveals a real intelligent approach in the sound treatments. Some vintage sound treatments and other manipulations plus effects are a bit reminding me of Diamond Version and related bands.

+ + + : I always have liked this electronic minimalism constructed with brilliant sound treatments. This music is the right antidote to cheap techno productions. It sounds high-tech and danceable. The technoid element has something sci-fi like and that’s for sure due to the fine, astral bleeps, icy treatments and the sterile, vintage electronic sounds.

– – – : The main difficulty for this kind of releases will be probably the ‘minimalism’, which might not appeal for a wider audience. But why should we expect to see intelligent and well-crafted music becoming ‘popular’?!

Conclusion: This kind of production is exactly what I expect from IDM! There’re two exceptional cuts featured at “Dwell In Motion”!