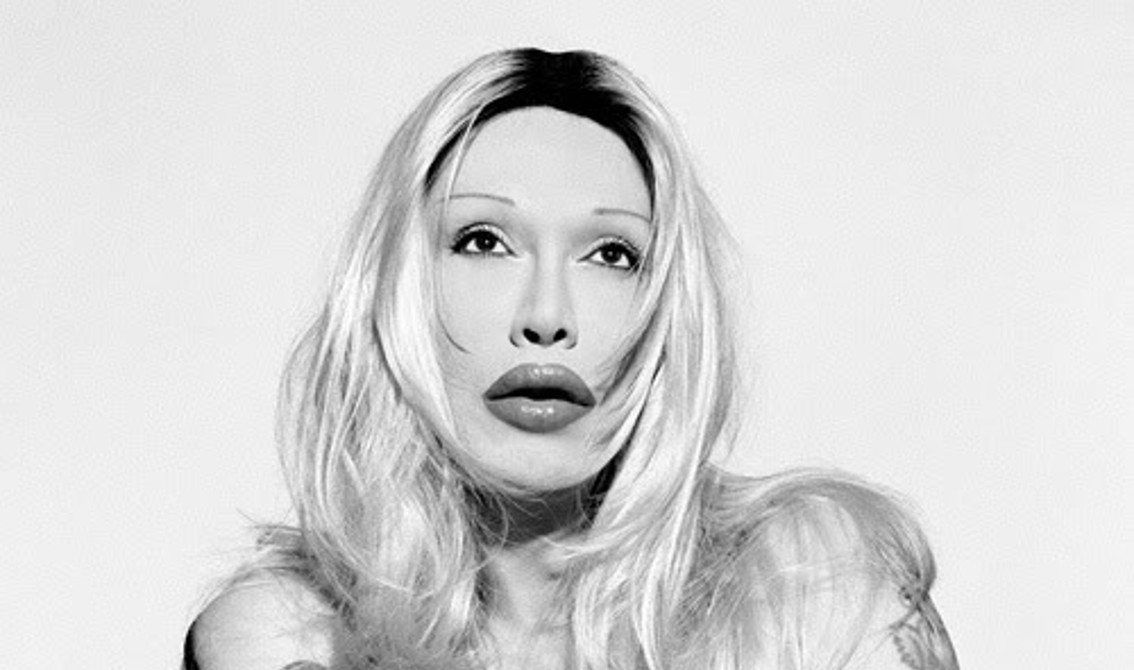 More sad music news has reached us. Pete Burns, frontman of Dead or Alive, is no more. Burns died following a cardiac arrest on 23 October 2016 at the age of 57. It was his management which announced the bad news on Twitter. You can read the news message below. 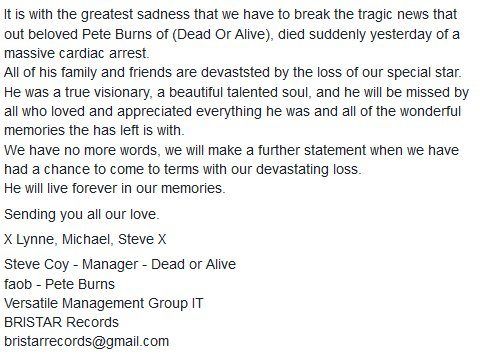 Here are a few reactions from fellow colleagues:

We've had some mad times with Pete but he was a one off creation,a fabulous fantastic brilliant creature and always sweet to me. #peteburns

Tearful about the passing of @PeteBurnsICON he was one of our great true eccentrics and such a big part of my life! Wow. Hard to believe!

Burns founded the band Dead or Alive in 1980, in which he was vocalist and songwriter, and which rose to mainstream success with their 1985 single “You Spin Me Round”. While building his career, Burns worked at a Liverpool record shop, Probe Records, which became a meeting-place for local musicians. Burns first performed as a member of the short-lived Mystery Girls, and then Nightmares in Wax, a proto-Goth group that formed in Liverpool in 1979. We included a few recordings of this band below. Nightmares in Wax released a 12″ single, “Black Leather”, and a 7″ single, “Birth of a Nation”, each containing the same three songs, but never produced an album.

In 1980, after replacing several members, Burns changed their name to Dead or Alive. After a minor hit in 1984 with a cover version of “That’s the Way (I Like It)”, the band released “You Spin Me Round” in 1985. Burns was known for his androgynous appearance, modified by cosmetic surgery and unfortunately made more press appearances for his lifestyle than for his musical performances.

Dead or Alive are about to release the compilation album “Sophisticated Boom Box MMXVI” on October 28th. The band’s greatest hit was “You Spin Me Around”:

And here are a few tracks from Nightmares in Wax: