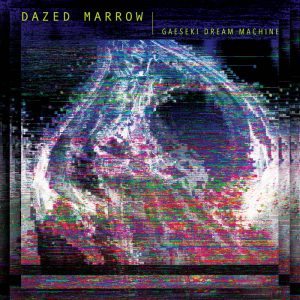 Background/Info: Dazed Marrow is a musician from South Korea. I never heard of this project before, which seems to have released a few productions thus far. I think it must feel like a consecration for Dazed Marrow to get signed to Cleopatra, this way getting the opportunity to reach a different audience. The main idea behind the sound is to manipulate ‘electronic signals to produce music that reflects emotions, colors and his own personal thoughts’.

Content: This music makes me think of soundtrack experiments. The sound is rather evasive and reveals constant electronic manipulations. I noticed some kind of field recordings (or samplings) accentuating the experimental aspect of the work. I clearly get the impression that Dazed Marrow is collecting noises to treat and rework them into a space-like approach. Some passages even become pretty exotic. There also is a noticeable vintage-like touch recovering the songs. The last song is a remix by JackCote.

+ + + : I experienced this album as a soundtrack creation, which has been accomplished by a real impressive strength of sound- and noise treatments while making it all more accessible by the addition of mainly slow rhythms. I even noticed a somewhat dubby touch. The main style remains however pretty experimental-like and will be a lust for the ears of sound lovers. There’s a huge diversity in sounds and noises.

– – – : I sometimes get the impression Dazed Marrow sounds like an alien. It’s maybe due through the cultural differences –which is a rather interesting aspect and an opportunity to discover other sonic paths, but it’s not exactly the most accessible music.

Conclusion: The universe of Dazed Marrow sounds a bit like walking throughout unknown sonic paths. It’s a bit mysterious, totally unusual and appealing for lovers of experimental music.