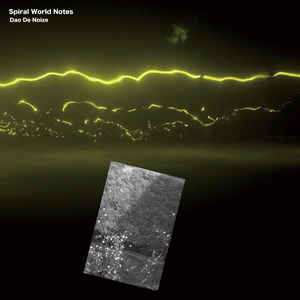 Background/Info: Dao De Noize is a Ukrainian project set up and driven by Artem Pismenetskii. This artist has released an impressive number of productions and has joined hands with Kyou Records contributing to the “neo Electroacoustic Ambient Series” achieving the fourth album from the series.

Content: Dao DE Noize deals with a kind of freestyle experiment where you get the impression he simply exorcised most of his musical thoughts. “Spiral World Notes” is an impressive sonic canvas featuring echoing percussion, cymbals, spooky atmospheres, industrial-ambient passages, a few ritual elements, field recordings and other endless sound treatments.

+ + + : The least I can say is that this artist brings experimental music towards a higher dimension. It’s not just ‘experimentalism’, but a fusion between different related genres. The final result reveals this visual strength we’re familiar with in ambient music. That’s one of the album main strengths. The darker and especially mysterious passages accentuated by spooky sound treatments and even ritual elements are intriguing and fascinating.

– – – : The work remains ‘extreme’ and not accessible for a wider audience. The main element I’m especially missing is a truly climax.

Conclusion: This album is sonic osmosis between different influences creating a mysterious and mainly ambient opus.