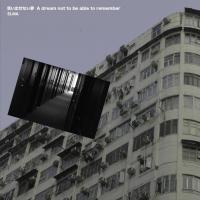 Background/Info: Ueda Hideo aka Elma is a Japanese noise maker who’s already active for numerous years now and can look back at an impressive discography. We’re definitely facing an artist who’s active at a very specific scene and who with this album contributed to the “Neo Electroacoustic Ambient Series” set up by Kazuya Ishigami.

Content: The ‘electroacoustic’ aspect comes rapidly through. You quickly will notice the experimentalism and sound manipulations of Elma. With his noises and manipulated field recordings he also creates an obscure and ambient-like sound field with a visual strength. The atmosphere becomes progressively baleful leading the visitor towards imaginary sound corridors of horror.

+ + + : This third chapter in the “Neo Electroacoustic Ambient Series” appears to be a new sonic travel where you can assist at the numerous manipulations and experiments from a truly sound alchemist. It’s a surgical composition where the artist transforms himself into a kind of scientist in search of new sounds and noises. Creation appears to be more important than music properly speaking although Elma accomplished a few noticeable ambient passages.

– – – : It however remains an extreme sound experiment, which you have to discover and listen to a few times before getting a real opinion about it. As I already mentioned it’s the kind of artist and music that will appeal for a very limited number of people who you can define as ‘experts’.

Conclusion: Chemistry is known as the secret formula to create gold, but applied to music you can imagine it refers to the efforts and never-ending experiments to create unique sounds and noises. That’s precisely what you can feel when listening to “A Dream Not To Be Able To Remember”.

Best songs: “A Dream Not To Be Able To Remember”.