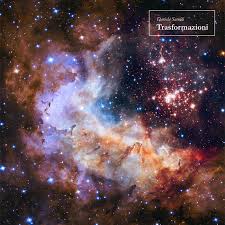 Background/Info: Daniela Savoldi is an Italian-Brazilian artist who studied and played cello since the age of ten years. She graduated at the Conservatory and definitely is an experienced and artistically trained musician. This album is her first solo-work while she previously was involved in the indie-pop band Le Man Avec Les Lunettes and also played cello parts for numerous artists. Muse definitely is the most famous band she worked with.

Content: “Trasformazioni” is a beautiful artistic creation of a talented artist who’s in total symbiosis with her instrument. I always have liked the emotional intonation of this instrument, but when an artist gets her instrument to express feelings it reaches an ultimate point. The debut tracks are beautiful pieces of music, which move in between neo-classic music and cinematographic passages. Music starts to become poetry and Daniela Savoldi transforms herself into an imaginary sonic poet.

The album is filled with a delicious and bewitched taste of delicacy. It’s an emotional voyage into sadness enlightening the darkest thoughts with grace.  The final part of the work is a bit less sensitive and a bit more into a kind of experimental free-style.

+ + + : I often expressed my fascination of Jo Quail who’s a talented British cellist active in this scene, but I here discovered another talent from Italy. The meaningful and delicate cello play creates a pure magic sensation. The opening songs are simply close to perfection and bringing sadness into an unexpected artistic expression.

– – – : Both last tracks are a little bit different and not exactly revealing the main beauty of this work.

Conclusion: “Trasformazioni” is an appropriated title to join a mysterious sonic metaphor; the point where a caterpillar becomes a butterfly…