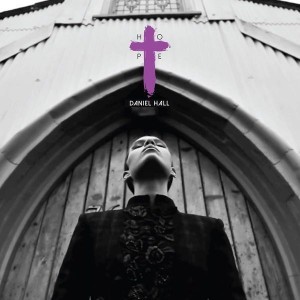 Background/Info: “Hope”-album is the seventh full length from Australian artist Daniel Hall. This release is packed in a DVD case format including a CD featuring 14 songs and a DVD featuring 12 clips. Daniel Hall already did the same on his previous album “Romantic Tendencies”.

Content: “Hope” is a fascinating electro-pop opus, which once again reveals the familiar ingredients from this artist’s sonic canvas. It’s a sweet pop-format featuring groovy sequences, danceable vibes and a few moody parts. The vocals remain a particular aspect of this artist.

The main evolution on “Hope” is the amazing sound production. It’s not only electro-pop music, but it has been composed with blasting sound treatments and a real professional mixing and global production. Daniel Hall realized a real tour de force. The sound is danceable while some groovy sequences inject a deep, sensual flavor.

I really had a ‘woaw’ feeling after having heard this new opus, but discovering professional and diversified clips from 12 songs of the album is another impressive thing. It’s a different way to rediscover some of the album songs and here I again you’ll rapidly notice the professional and passionate approach of this artist.

+ + + : This is an accomplished piece of music revealing an open-minded and real accessible pop format, which has been mixed with sexy, danceable vibes and irresistible groove parts. I was impressed by the sound production and some irresistible vocal parts (sometimes featuring female backings).

The DVD part is an extra good reason to purchase this work. The clips are diverse, original and perfectly transposing the music into images.

– – – : With the exception of a few songs, which are less convincing, I don’t really see minus points.

Conclusion: Daniel Hall is not reinventing pop music, but he perfectly knows the way to mix different influences together. “Hope” is the right antidote to stereotypical and uninspired electro-pop releases. Respect!