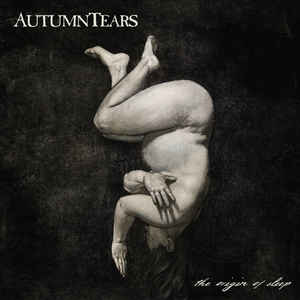 Background/Info: American formation Autumn Tears is back on track. After a silence of more than 10 years we now welcome a new production featuring 5 songs. Some changes happened in the line-up and we rather can speak about a collective instead of a band. Notice by the way the album has been mastered by Peter Bjärgo.

Content: “The Origin Of Sleep” first of all reflects a true love for authentic instruments. That’s why numerous musicians contributed to this release, which is featuring instruments such as violin, flute, clarinet, harp, cello, trombone, French horn and trumpet. The songs have been sung by female vocalists adding a sweet, ethereal and extra sensitive touch to the work. The music mixes orchestral arrangements –reminding me of early work of Autumn Tears, and pure neo-classic play. Some passages are pure soundtrack-like.

+ + + : Composing a work with such an impressive number of musicians and instruments stands for a truly tour de force and a deeply artistic approach. But all these instruments also inject a real warm and authentic touch to the songs. Together with the female singers “The Origin Of Sleep” becomes a source of emotion and reverie. Last, but not least I like the symbiosis between orchestral parts and ethereal music.

– – – : I can’t imagine a real minus point about this release except I’m missing an absolute climax.

Conclusion: Autumn Tears is back and I think the ‘world’ will rapidly know it. This is the kind of releases the music scene is really missing.