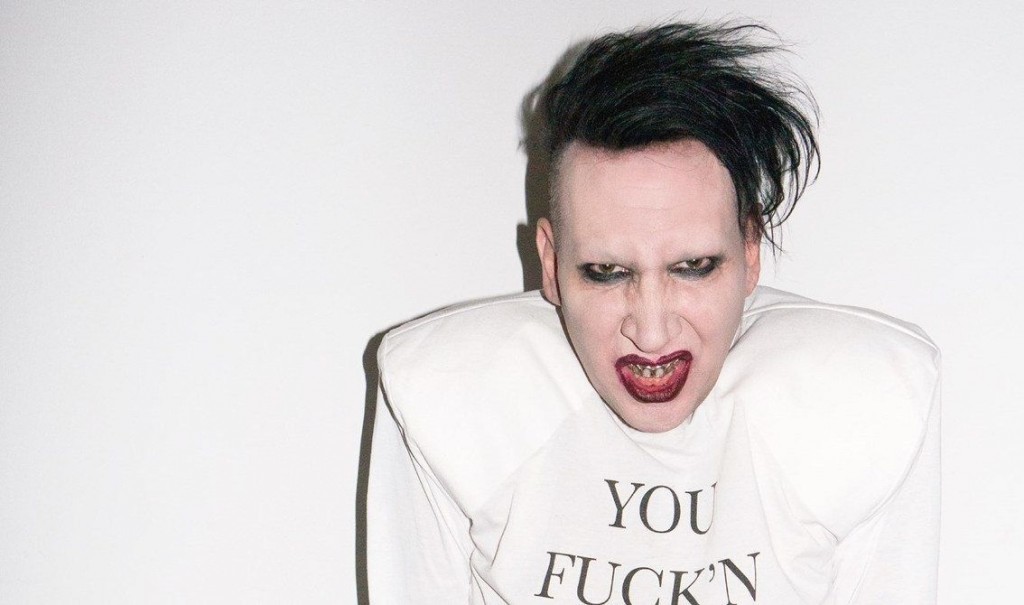 Brian Hugh Warner, better known as Marilyn Manson, has been part of the rock scene ever since the early 90s. His powdered face, complete with red lips and weird contacts, makes him immediately recognizable to fans all over the world. Still, despite his consistency, his status in culture is completely different than what it used to be. In fact, he once said in an interview that he’d made up a fake world for himself since he didn’t like the one he was living in. He may not like this world anymore, but it hasn’t stopped his die-hard fans from loving him.

His last album, The Pale Emperor, was released in 2015 and was considered to be his best in a decade. In fact, it debuted at an impressive #8 on the Billboard 200. He won lots of awards at rock magazine awards shows but, then something entirely unpredictable happened – Justin Bieber began wearing his t-shirts. Who would’ve thought that the king of teenage pop would be a fan?

Surprisingly, Manson wasn’t fazed. Not only did he post an image of album Mechanical Animals (with The Douche Show as the new title) he also pasted Bieber’s face over his own. Then, to take the absurdity to yet another level, he gave Bieber permission to repurpose his gothic merchandise as if it were his own. This particular vest has Manson’s face on the front and “Bigger than Satan” written on the back. Since that time, Manson has started wearing a similar shirt, except his says, “Bigger than Bieber” on it. The new friends have even taken a selfie together.

Admittedly, this may have been just another of Bieber’s ploys to give himself some more edge. He’s done it before with cult musical figures like Metallica, Wu-Tang Clan, and the Misfits. Surprisingly, Bieber’s teeny bopper fans love this new direction. In fact, the Marilyn Manson inspired T-shirt was the best-selling merchandise item on his Purpose tour.

As you can imagine, Beliebers are quite different from Manson’s normal fanbase. Back in his band’s early days in Florida, their show attracted a following of metalheads, dissenters, and outsiders. These concerts were filled with all types of performance art, like girls being pulled by leashes and gory props. It was because of this gruesome creativity that Manson soon became the enemy of religious groups, to the point where they tried to get his performances banned. How did they do that? They stated that those attending his performances would be witness to drug usage, rape scenes, and homosexual acts onstage.

And, that wasn’t all – after the Columbine High School tragedy in 1999, many people started blaming Manson. They lied and said that the killers were fans of his and were influenced to commit those heinous acts because of his music. They mistakenly believed that Manson (and his music) played roulette with the lives of others. This turned Manson into a scapegoat and an idol of toxic values, an association that lingers to this day.

But controversy isn’t the only reason that Manson’s popularity continues to endure. There are many myths that keep his celebrity alive. Even in the age of the internet, mobile devices, and online casinos like Net Entertainment.

It’s hard to separate fiction from fact, that’s why there are sites like Pokies Pedia for slots lovers. And, even though many of the rumors have been proven to be false, there’s still an aura of mystery that surrounds the rock star. Did he get breast implants? Did he really remove some of his ribs to make it easier to perform a sexual act on himself? Did animals meet untimely deaths at his shows? Even the most outrageous rumors seem to have some ring of truth.

Still, none if this overshadows the fact that his music is now more relevant than ever before, especially amidst all the political and cultural turbulence that many societies are in the thick of. He has never sold out his core beliefs or become softer with age. Marilyn Manson is as he always was, a rebel with a message.