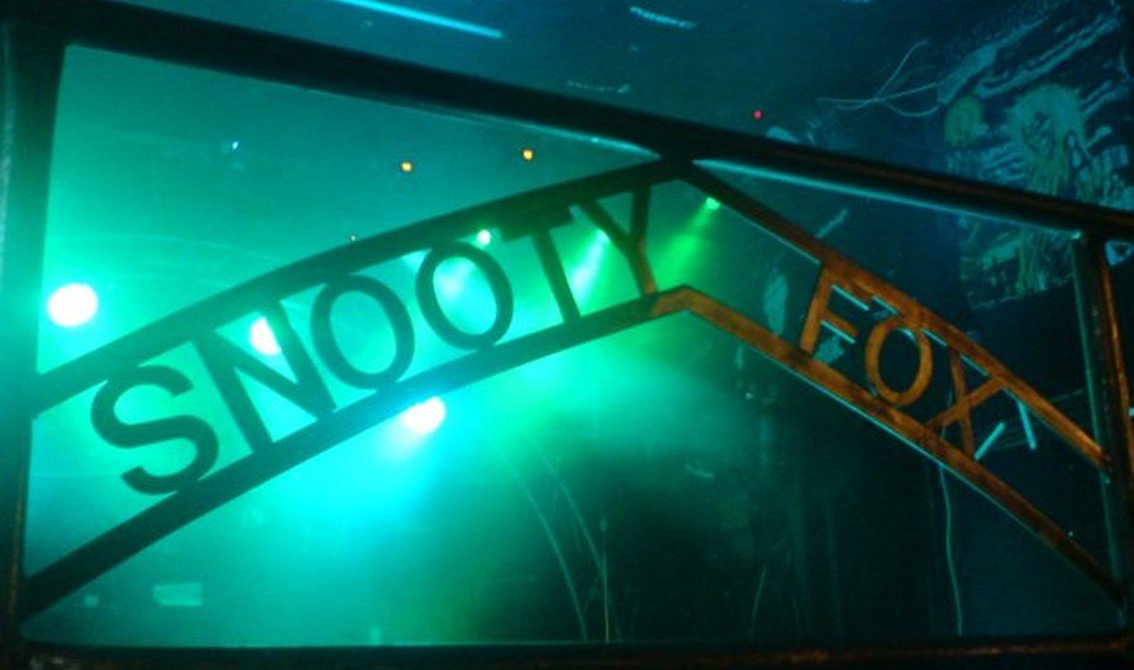 The UK music scene is in a bit of an uproar as the Snooty Fox in the English city of Wakefield forces all bands to stick around and watch the other bands on the bill. Failing to do this will result the band being barred from playing at the club.

At the side of the stage at the 150-person capacity club there is a sign that reads: “Important Notice: All bands playing at the Snooty Fox have to stay and watch all the other bands. Failure to do this without good reason or prior notice will result in the offending band being barred from playing at the Snooty Fox.” Crazy, nothing better than play casino slot games. 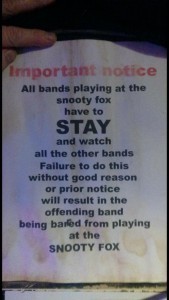 The reason for the rule: there is nothing more disagreeable than watching an opening act load their gear out and leave of the venue while the next gig is still going on, and sometimes doing it directly across the floor in front of the stage while the next band plays on (yes it happens). Your best bet would then be at the online casino mr.bet in other words.

It only recently got extra attention when the note on the stage got photographed and shared online. Snooty Fox owner Malcolm Shipman: “Only one or two bands have moaned about it, 99% say they agree. If all venues did the same there would be no arguments, it’s called ‘support’ for a reason.”

Various bands have been moaning about the rule, which has been in practice for over 12 years at the club.

What do you think?