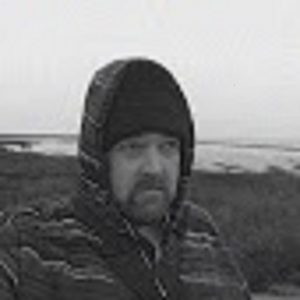 German artist Thomas Langewehr had a few ideas in mind when he was in search of a band name. He finally translated one of these names (cf. ‘soundfield’) into Latin and Ager Sonus was born. This dark-ambient project got signed to Cryo Chamber and released impressive music inspired by mystic fields related to Ancient Egypt. The newest work “Necropolis” confirms the talent of this musician, which I personally consider as one of the most talented ‘new’ artists in the genre.

Q: Can you give us some information about your music background and the way you got in touch with dark-ambient music, which finally brought you to set up Ager Sonus?

Thomas: I am mainly a drummer, playing in a punk/hardcore-band, but there was always another side of me that wanted to get out. I was already a fan of (dark)-ambient music for a few years and at one point I just decided to actually try to make my own music. Eventually I started releasing the music to the internet. I always wanted to set up a solo project, mainly for videogames, so I saw this as a way to get some practice and maybe connect to people.

Q: So you wanted to compose a dark-ambient sound, but did you’ve specific references and criteria when composing your music?

Thomas: Well, I only knew I wanted it to be dark (lol). If you listen to my older releases you can hear that they were not very elaborated. They were multi-layered, but not comparable to what I deal with today. I also didn’t connect storylines in any album (until “Tartarus”), I always have a theme I focused on, but every song stood on its own.

I do not listen to other music or artists to get a certain tone I want to achieve, I just sit at my computer and lay down the first few ideas, or added field recordings, manipulate them and then the ideas for the further composition come from that.

Q: Your work is inspired by the mysticism of the Ancient Egyptian culture. What fascinates you in this subject and how do you create your music around this theme?

Thomas: I was always fascinated by Egypt on multiple levels: the architecture, their view about death and what happens to you after it. But also their perception about the gods, the country itself, their tombs and temples… Kind of hard to put it into a short answer. There’re multiple aspects of their mythology that can get your mind running wild. I tried to ‘show’ the world I imagined via the sound; big, oppressive temples, dark, tight, tomb scenarios and vast landscapes.

Q: Your new work “Necropolis” is characterized by powerful and overwhelming blasting sounds at one side and impressive little noises and sound manipulations at the other side. Tell us a bit more about the production and the evolution from “Book Of The Black Earth” towards “Necropolis”?

Thomas: For “Necropolis” I knew I wanted to put in a lot of current and ancient music instruments from around that area and era. Starting out I had no idea how that would sound like in an overall mix, but I am very happy with the end result. I took the ‘Persian scale’ into account and had chords or note progression build upon that, to give it an oriental feel. If I succeeded or not only the listener can tell. I am not a trained piano player and am still learning how to play it, so it was quite of experimenting.

I added flutes and sitars on “Book Of The Black Earth”, but not that much. I don’t have real professional equipment or experience with it so I recorded all kind of sounds. I learned a lot during the writing of “Book Of The Black Earth” and it just took me a step further. I recorded different types of ‘dirt’ and other stuff and put it in tracks either unchanged or manipulated so you would not get that it even was dirt. I like these small little touches that give depth to a track, to pull you a bit further. As for the overall sound, as mentioned in the previous answer, I tried to convey this feeling of being lost in these ancient places and used long notes representing the vast and seemingly endless landscapes of Egypt.

Q: I noticed that one of your favorite dark-ambient artists is Atrium Carceri so I can imagine it must have been really special to get signed on Cryo Chamber? Did you get the opportunity to speak- and exchange some ideas with Simon Heath?

Thomas: Oh, you have no idea! I pestered Simon for almost 4 years I think (lol). He is such a great guy, even though he did not pick me up as an artist for a long time, we talked a bit about each album I sent him. He always gave me great feedback, he always listened and that is something you rarely find in a human being, so I always knew, if I’d to join a label, it could be only Cryo Chamber, which is also the label where most of my favorite artists are signed.

Q: Some dark-ambient artists are using authentic/traditional instruments in their work, which often reinforce the mystic/occult/ritual side of the composition. Is it an idea you would eventually improve on further releases? What brings the future for Ager Sonus?

Thomas: For “Necropolis” it made sense to me to use all those instruments, it really gives it an ‘authentic’ feeling, which I think wouldn’t have come through if I had just used drones or dark soundscapes. I think the mix really made those two albums work. I don’t know if I will use ‘real’ instruments on my next release; I also have not yet decided what to do next. I have a lot of ideas and a theme in mind, but I am currently experimenting with a few new tools/plugins I bought recently, so it could take some time. Aside of this I’m looking forward for possible collaborations with other artists, which is an idea I’ve been always open for.