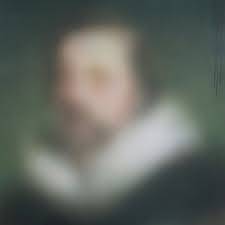 Background/Info: Veteran Ivan Iusco entered into the history of electronic and industrial music as the owner of Minus Habens Records, one of the ‘guest musicians’ contributing to some of Dive’s most legendary songs, but he first of all became a respected and renowned soundtrack composer.

I remember his first experiment “La Capa Gira”, which is a soundtrack I still like to play from time to time.

Content: From the very first notes and arrangements you directly get into poignant orchestral passages and a heavy bombastic sound. The piano playing and some violin passages inject a refined and sensitive neo-classic touch. Ivan Iusco definitely became an expert when it comes to compose cinematographic music. The work is dark and quite heavy and features numerous layers.

Next to the ‘classical’ side of the work a few cuts reveal explicit electronic writing. It all remains pretty bombast and even epic-minded, but it also is a way to (re)discover the experimental side of the artist. Let’s not forget that Minus Habens released work of Sigillum S, Blackhouse, Nigthmare Lodge and other experimental/industrial artists. Ivan Iusco mixed elements of glitch and industrial bombast.

At the end of the album he also experiments with a kind of industrial-pop approach featuring female vocals by Tying Tiffany. This song reveals great electronic manipulations next to delicate piano playing.

+ + + : The orchestral/epic aspect of this work is grandiose while Iusco still remains an interesting experimental/industrial composer.

– – – : The diversity of the work might be seen as one of the album’s main strengths, but it also creates a lack of a compact feeling.

Conclusion: You have artists that dream of becoming talented and respected soundtrack composers, and there you have Ivan Iusco. There’s an enormous hiatus between both categories, which will become clear when listening to “Transients”.

Since you’re here … … we have a small favour to ask. More people are reading Side-Line Magazine than ever but advertising revenues across the media are falling fast. And unlike many news organisations, we haven’t put up a paywall – we want to keep our journalism as open as we can. So you can see why we need to ask for your help. Side-Line’s independent journalism takes a lot of time, money and hard work to produce. But we do it because we want to push the artists we like and who are equally fighting to survive. If everyone who reads our reporting, who likes it, helps fund it, our future would be much more secure. For as little as 5 US$, you can support Side-Line Magazine – and it only takes a minute. Thank you. The donations are safely powered by Paypal. Alternatively you can also donate using Cryptocurrency if you want to donate just once. [crypto-donation-box type="tabular"]
Tags: Ivan Iusco