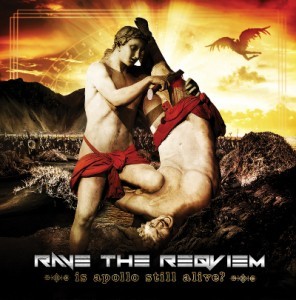 Here’s something really rare that turned up. For the 3rd and final single (“Is Apollo Still Alive?”) to be taken from Swedish industrial metal-step crossover act Rave The Reqviem’s self-titled debut album, DWA has taken full advantage of both the song’s length and the length of the 3 remixes presented alongside it to squeeze both 4 tracks of CD-audio and – on the first 100 copies only – to lathe-cut the title track for vinyl playback.

Yes – you read that correctly. The first 100 copies of the “Is Apollo Still Alive?” CD (available here) are in fact ‘a hybrid CD/vinyl’ – a format so rare that it doesn’t even really have a name and is only produced by one company on the planet.

Below you can see how that looks like as DWA provided us a picture of the final product. 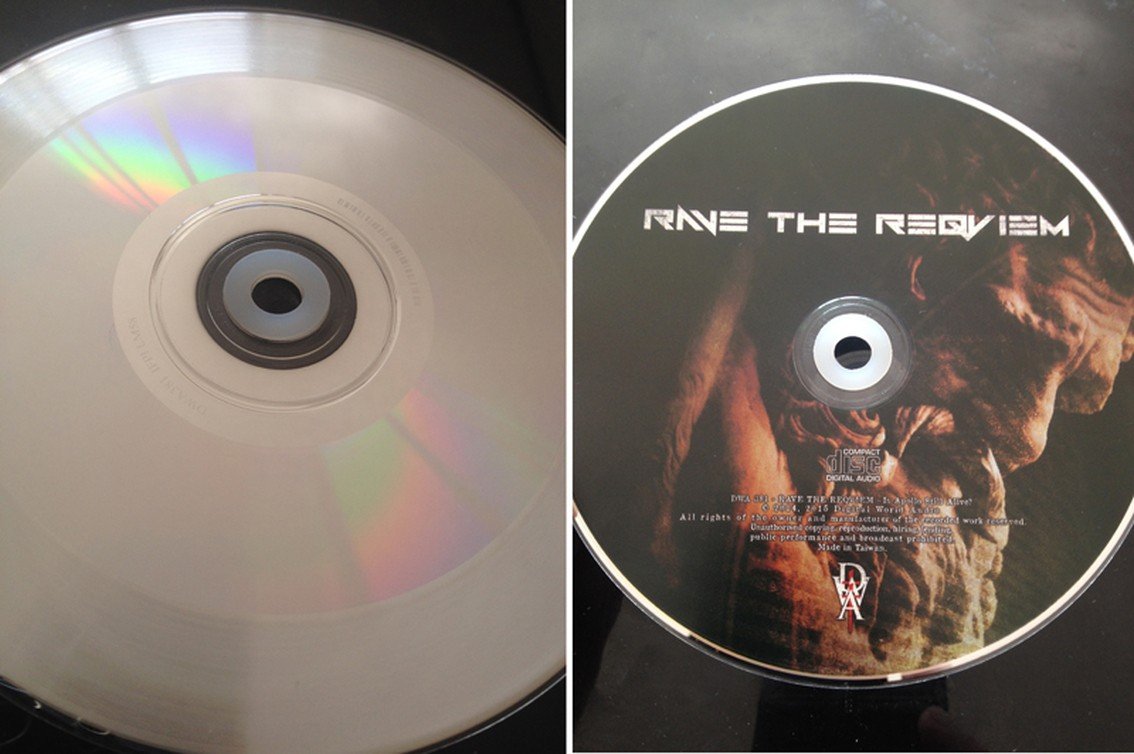 The CD comes with a special plastic adaptor already inserted, in order to facilitate playback on a record deck. The vinyl track is lathe-cut around the outer-most part of the CD (see also the picture), with the regular CD-audio data occupying the remaining space inside creating a highly unusual and unique artefact.

“Is Apollo Still Alive?” is released on October 9th, and can be pre-ordered now. Be fast if you want to be sure of picking up one of the lathe-cut CD-vinyl hybrid disc versions.

Quite a nice stunt from DWA!

Since you’re here … … we have a small favour to ask. More people are reading Side-Line Magazine than ever but advertising revenues across the media are falling fast. And unlike many news organisations, we haven’t put up a paywall – we want to keep our journalism as open as we can. So you can see why we need to ask for your help. Side-Line’s independent journalism takes a lot of time, money and hard work to produce. But we do it because we want to push the artists we like and who are equally fighting to survive. If everyone who reads our reporting, who likes it, helps fund it, our future would be much more secure. For as little as 5 US$, you can support Side-Line Magazine – and it only takes a minute. Thank you. The donations are safely powered by Paypal.
Tags: DWA, Rave The Reqviem