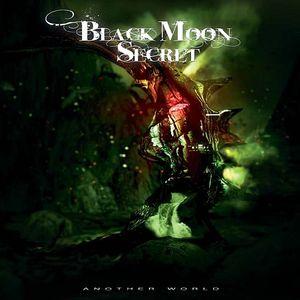 Content: Behind this new band is hiding Lacrimosa’s guitarist JP Genkel. This artist has worked and produced some real famous names in the goth-metal scene while he was ‘secretly’ busy composing songs for his own project during the past few years.

With the input of extra artists featuring his Lacrimosa’s mates Manne Uhlig and Julien Schmidt plus Henrik Flyman and singer Olaf Senkbeil the album was finally achieved. I didn’t know what to expect, but for some reasons I was sure “Another World” would not sound like ‘another Lacrimosa’. Black Moon Secret sounds definitely different –although you here and then will possibly notice a little flavor of Lacrimosa.

This band sounds more inspired by a mix of metal- and rock music with an extra dark, gothic touch on top. Some of the songs sound a bit like the hybrid between The Scorpions and Pink Floyd. The impressive guitar solos will definitely please lovers of this instrument.

The debut part of the CD can’t fully convince, but right in the midst of the tracklist we get the attention grabbers “Eyes” and “Falling”. Both songs sound harder and are carried by solid guitar riffs. I personally prefer this tough side, which still reveal a real outburst at the chorus of “Falling” plus a great and symphonic apotheosis.

The tracklist finally moves towards some delicate passages (cf. “Fly”) while the last song (cf. “Pictures”) makes me think of the hard-rock style of Scorpions. So in the end I would say there’s a lot to experience on this album, which is mixing different genres.