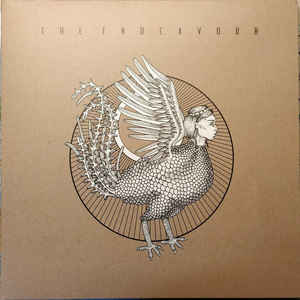 Content: The work of Barst remains a fascinating experience and a truly sonic exploration covering different influences. From an experimental new-wave like soundtrack to heavier industrial passages to pure apocalyptic-rock, “The Endeavour” progressively becomes a truly sonic enigma. Electronics and guitar, but also passages featuring violin, piano and drums are coming together in a dark-harmonious creation with male- and female vocals on top.

+ + + : Barst is a project, which is nearly impossible to label. It reveals an original sound approach, which I’ve always liked. Barst deals with a very personal sound perception as a wink to different music styles. The work is very eclectic and that’s probably also because of the numerous guest artists. This way Bart Desmet became a kind of visionary choir master. The production of the different vocalists also is a noticeable aspect of the album. Most of the vocals feel a bit like compressed, becoming an extra element next to the music. It also creates a ghost-like effect on several songs.

– – – : There’s an interesting progression in the tracklist, but the last track unfortunately doesn’t bring the expected apotheosis. I would not have placed this song to end the album.

Conclusion: Barst is a kind of sound alien covering dark influences and mostly labeled among industrial- and experimental artists. “The Endeavour” however proves it first of all remains a very atypical, but mesmerizing sound trip.