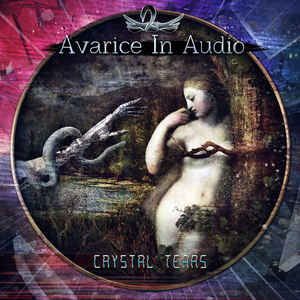 Background/Info: Lawrie Bayldon (Studio-X, Cryogenic Echelon), Ayax (Ascension Ex, Cryogenic Echelon) and Gerry Hawkins earlier this year released their 2nd full length album “Apollo & Dionysus”, which confirmed their fine taste for heavy dance-music. It can be defined as an offspring between pop, dance and industrial music. “Crystal Tears” was originally released on the album and featured Damasius Venys (Mondträume) as a guest vocalist. We here get 6 versions of the title track and one extra B-side song.

Content: Good idea to take off with the album version of “Crystal Tears” revealing the harsh-pop and somewhat doom-like technoid vibes of the song featuring the clear, but enraged vocals of Damasius Venys on top.

The remixes have been accomplished by Mondträume, Ocean Black Ocean, Monomorte, Apollyon’s Visage and Aarc. The least I can say is that the choice of the remixers is not exactly featuring the biggest name from the scene, but simply cools names to keep in mind. Most of the bands really add something extra to the original song.

+ + + : If you like Avarice In Audio and you want to discover a few great remixes I can advise you to pay some attention to the great dark-pop like job done by Mondträume and the magnificent remixes by Monomorte transforming the song into a somewhat mysterious and spooky-like version and Apollyon’s Visage transposing the original mix in a somewhat Haujobb-like format.

– – – : This kind of EP is meant for the biggest fans of the band and eventually to some DJ’s in search of alternative versions. It first of all appears to be an item to promote the album “Apollo & Dionysus”. The remixes are cool, but there’s nothing exceptional featured on this EP.

Conclusion: EP’s are okay, but sometimes a bit easy to release when other bands are doing the main part of the job. I however have to admit that there are a few cool remixes featured, but I would first of all advise you to discover this cool band by their full length albums.