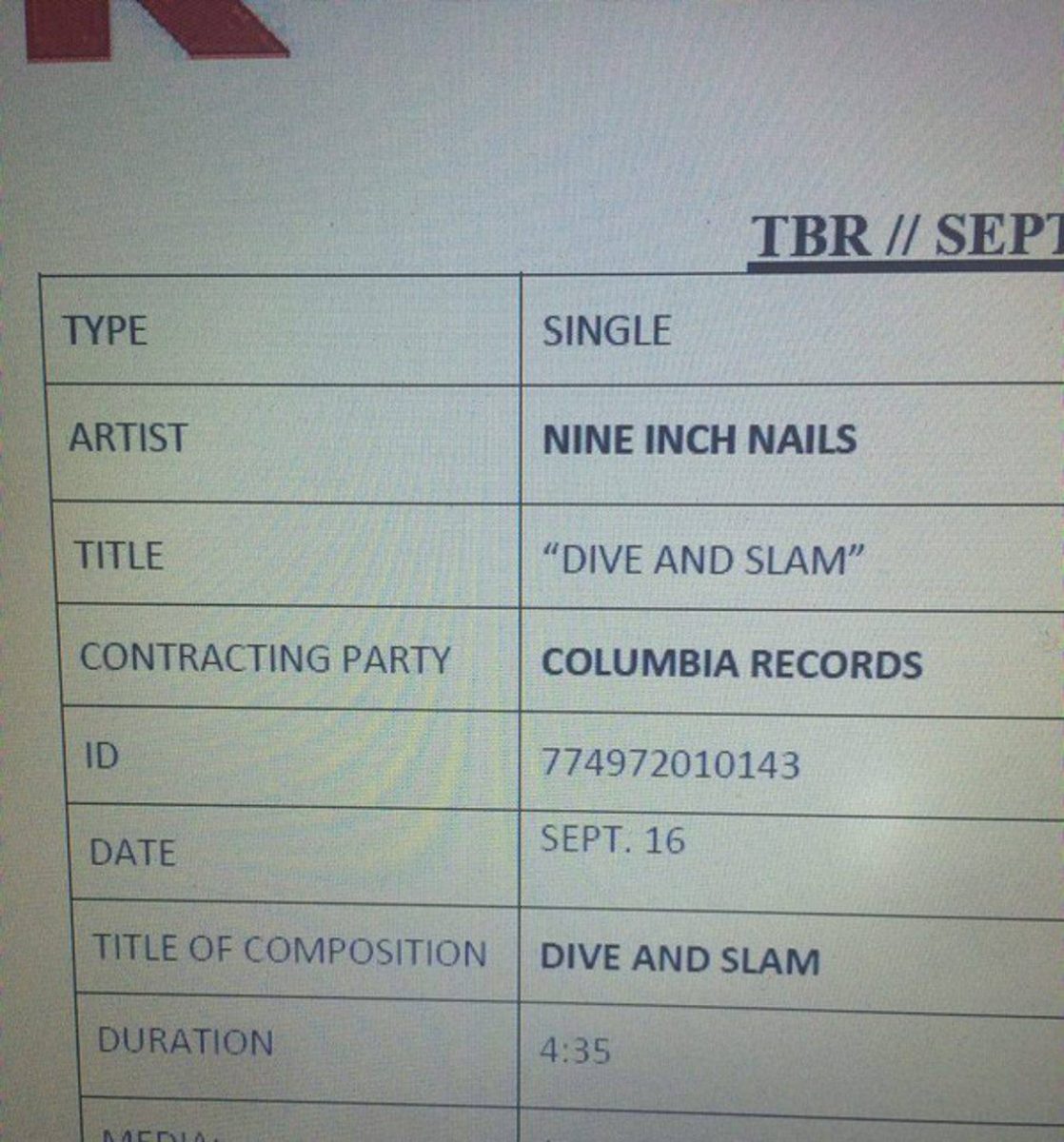 Nine Inch Nails fans are having an exciting time these days as a listing popped up on Discog claiming that a new Nine Inch Nails single is to be released on September 16.

According to the listing which was posted on the online music database Discogs the new single will be called “Dive And Slam” and should see a release through Columbia Records. The release corresponds with an earlier tweet from Trent Reznor saying that a “New NIN (is) coming in 2016. Other stuff, too.” You can see the accompanying picture above.

It will be the band’s first new material since the 2014 remix EP “Seed Eight”.

However, in a tweet Trent Reznor has dismissed the news as being a hoax:

Since you’re here … … we have a small favour to ask. More people are reading Side-Line Magazine than ever but advertising revenues across the media are falling fast. And unlike many news organisations, we haven’t put up a paywall – we want to keep our journalism as open as we can. So you can see why we need to ask for your help. Side-Line’s independent journalism takes a lot of time, money and hard work to produce. But we do it because we want to push the artists we like and who are equally fighting to survive. If everyone who reads our reporting, who likes it, helps fund it, our future would be much more secure. For as little as 5 US$, you can support Side-Line Magazine – and it only takes a minute. Thank you. The donations are safely powered by Paypal.
Tags: NIN, Nine Inch Nails, Trent Reznor