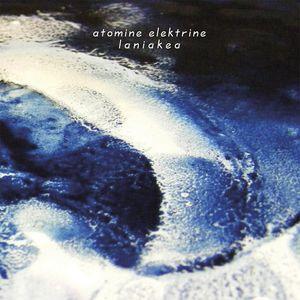 Background/Info: Atomine Elektrine is one of the many side-projects of Raison d’Être genius Peter Andersson. It’s not his most famous and familiar band, but it probably is the most unusual one.
“Laniakea” is inspired by the discovery of a super cluster of galaxies (cf. Laniakea) and the death of Edgar Froese (Tangerine Dream).

Notice by the way that the CD format features 3 extra songs than the digital release.

The debut tracks are feature some darker elements, but globally speaking this is an opus to relax, enjoy and dream away. Especially the first cuts reveal a slow progression featuring clusters of little noises and sound manipulations. Some of the songs are going over the 15 minutes.

↑↑↑: Atomine Elektrine confirms that Peter Andersson is much more than a great dark-ambient artist. “Laniakea” is a beautiful trip through sonic galaxies.

↓↓↓ : I think a few tracks (among the extra CD cuts) could have been a bit more elaborate. Some tracks sound a bit like unaccomplished.

Conclusion: This is a successful ode to one of the greatest pioneers in electronic music. “Laniakea” leads us back to the real and sometimes forgotten sources of electro-ambient music.