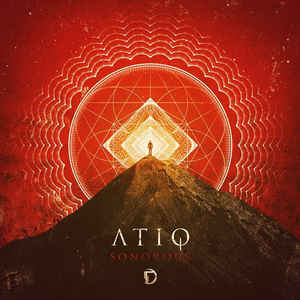 Background/Info: Guido Van Den Brink aka Atiq also is the owner of Mindtrick Records. This label from The Netherlands rapidly became a reference when it comes to discovering new talented artists active in the wider fields of IDM, dubstep and related genres. “Sonorous” has been released on the American d’n’b-inspired label Onset Audio and features 7 cuts.

Content: “Sonorous” has been presented as the ‘new’ sound from Atiq. I rather experience this work as an evolution in sound. The intelligent and sophisticated electronic basis of the Atiq sound remains pretty similar. It’s featuring a mix between IDM, electro-ambient, dubstep and d’n’b influences. The work once again reveals this meticulous approach in sound creation and a kind of fascination for little bleeps and delicate treatments.

The new songs are absolutely amazing featuring Tangent (known from their work on Mindtrick Records and Tympanik Audio) on the debut cut.

+ + + : The global sound creation and –production of Atiq remains a must have for lovers of progressive electronics. The new Atiq songs reflect a high degree of sound intelligence featuring multiple impressive sonic details, beautiful sequences, deep-vibrating bass blasts and poignant atmospheres and sensual rhythms. The 4 new cuts are brilliant, but I have a preference for the somewhat tribal-minded “Real Life (Awaits Us)”.

– – – : I expected a bit more out of the remixes. They reveal a more explicit d’n’b approach, but none of these cuts can really compete with the original Atiq versions.

Conclusion: Atiq once again takes me by surprise unleashing a new visionary piece of electronic music. It definitely sounds like music from the future and a real relief to cheap productions and artists repeating themselves.