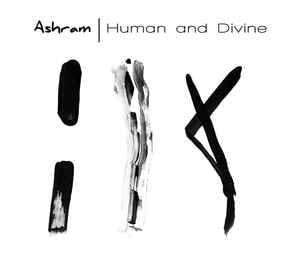 Background/Info: The Italian trio Ashram is back after a long silence. Hailing from Napoli the band released its self-titled debut album in 2002 on the great Prikosnovénie. I was deeply impressed by the artistic creation of this debut album while the successor “Shining Silver Skies” (2006) released on Equilibrium Music was a tiny bit less convincing. Alfredo Lotarnoberti, Luigi Rubino (both also involved in the great Corde Oblique) and Sergio Panarella are now back on track unleashing the third Ashram album.

Content: Ashram remains inspired by neo-classical music and can be seen as a kind of modern chamber music project. The songs have been composed with piano and violin creating a sad, but beautiful exposure. It’s pure melancholia and reverie. Next to a few instrumental songs you also will discover sensitive and sometimes emotional vocal parts. Ashram brings us little stories; kind of reflection about life, love, spirituality and loss.

+ + + : I’m very thankful Ashram is finally back on track with such a beautiful and deeply artistic piece of music. The violin and piano parts create strong emotion, which together with the sensitive touch of the vocals are bringing this composition to a higher dimension. The songs also have something visual and I often get the feeling to awake in the novels of Jane Austen. It has something pure, but unfortunately platonic and dramatic, but in the end I simply like it! Just pay attention to “Air”, which is a pure sonic jewel.

– – – : There’s not a lot of diversity between the songs, but I’m not complaining when listening to such a little masterpiece.

Conclusion: Ashram is back and that’s really great news, but the main thing is that their work excels in beauty, senses and sensibility…